monk Fuhous body which was found not rotted after putting in a vat for three and a half years at Puzhao temple on Zimao Mountain on January 10, 2016 in Quanzhou, Fujian Province of China. 94-year-old monk Fuhou died in 2012 and his body was put by the sitting position into a vat with a cover for three and a half years. Monks found that Fuhous body wasn\'t rotted on an opening vat rite on January 10 at Puzhao temple on Zimao Mountain in Quanzhou. The body would be cleaned and stuck with gold to be made into a golden Buddha.
©Exclusivepix Media 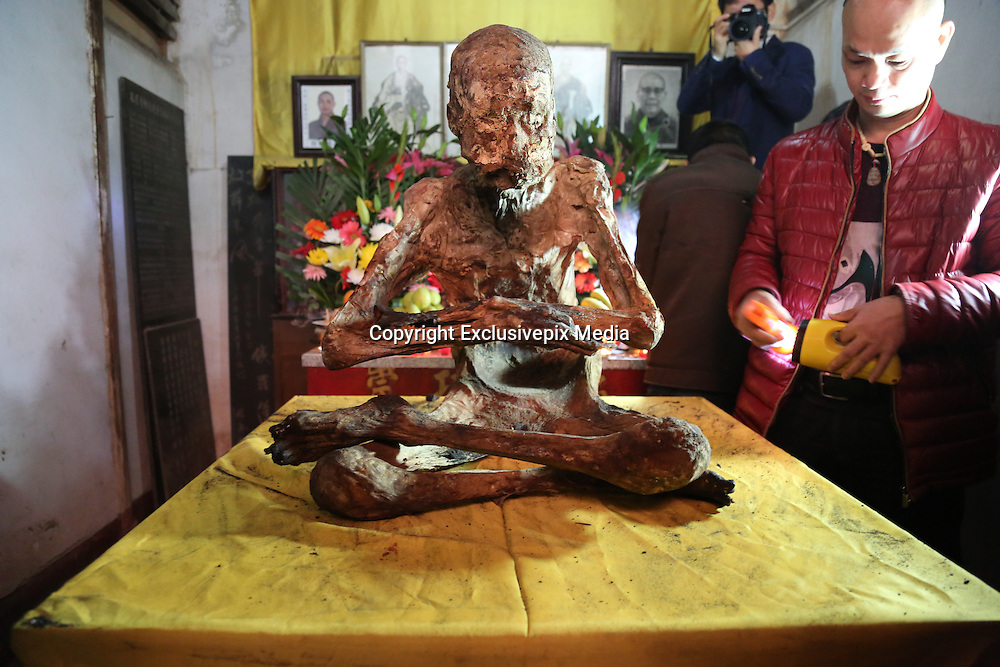