Photo shows: Portions of the failed sea wall can be seen off the coast under the Kamaishi Dai-Kannon statue. The sea wall was built at a cost of about .6 billion and completed four years before the tsunami of 2011. The sea wall collapsed under the waves.
©Earnie Grafton/Exclusivepix Media 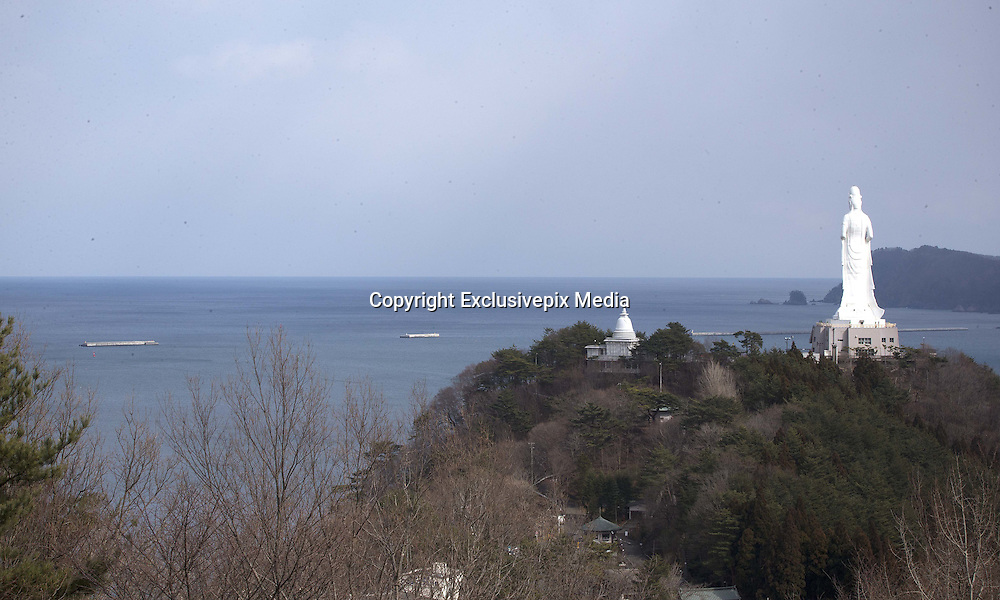