Photo shows: I ask for the toilets and i’m invited to go at the first floor. I discover a brand new coffee shop, totally abandoned, with design furniture, far from the north korean style. A seller has discreetly followed me and invites me to stop taking pics..
©Eric Lafforgue/Exclusivepix Media 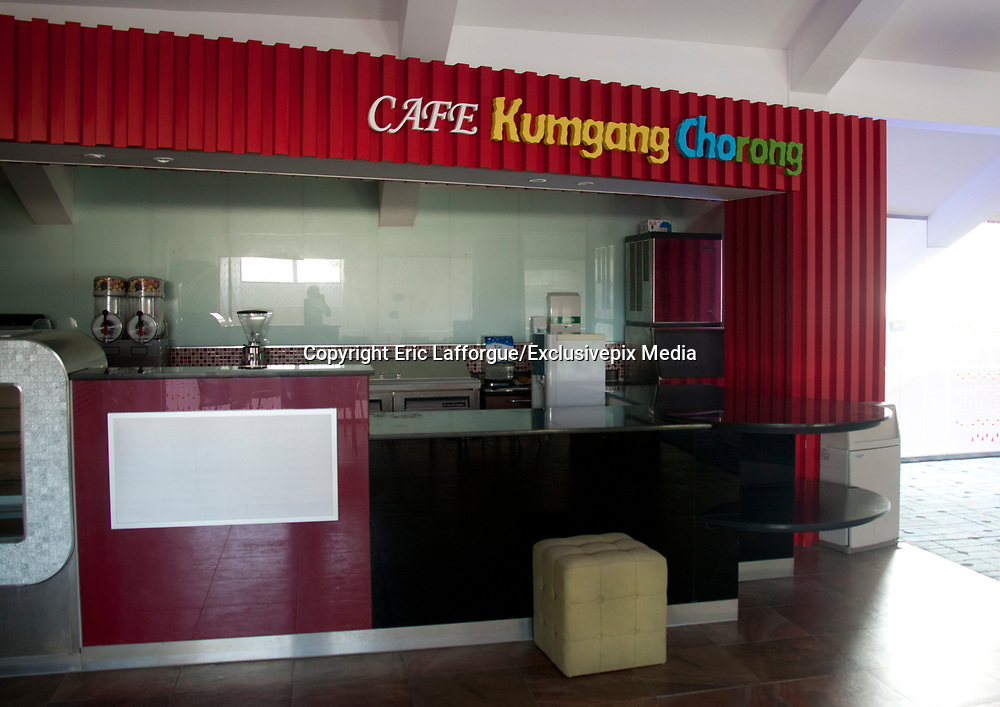