Photo shows: Huge conveyor belts nearly 3 kilometers long move clay and dirt from a nearby mountain to the devastated town of Rikuzentakata along the northeastern coast. The conveyor moves about 20,000 cubic yards of clay per day. The Japanese government plans to raise the level of the ground by more than 15 feet prior to rebuilding 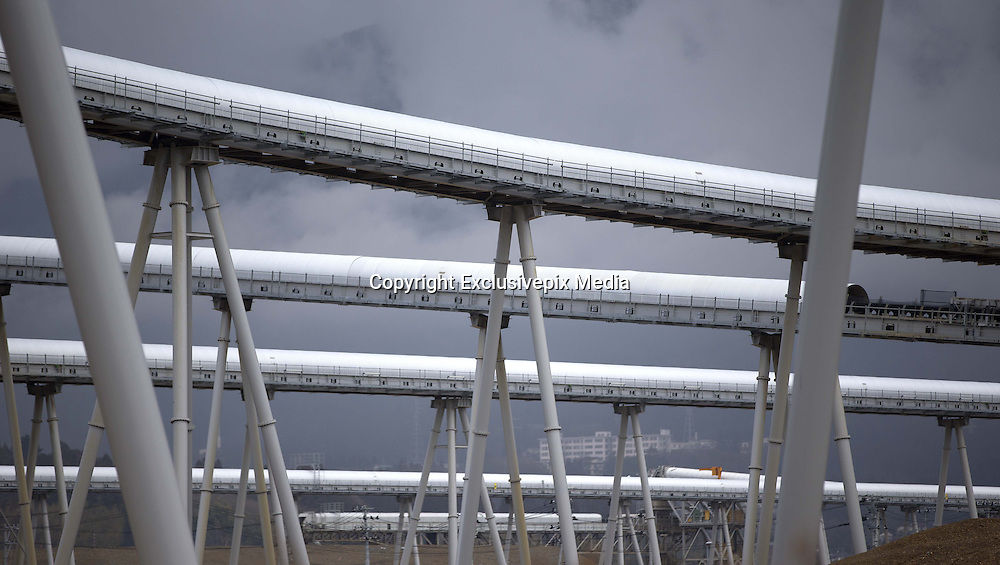