A Patient Refuses To Leave Hospital Bed After Being Cured

The police take a \"patient\" away from hospital bed by force at Jingmei Group General Hospital on February 10, 2015 in Beijing, China. Mr. Chen, a farmer lived in Beijing\'s Mentougou District got tumour in his left leg in 2011 and after three months of treatment in Beijing Jingmei Group General Hospital, he had been cured and had qualified conditions to leave hospital. While Mr. Chen refused to leave his bed and claimed that the hospital should be responsible for the thrombus in legs, thus he had been fixed in hospital bed by his wife for three year even thought being advised by the hospital in many times. According to related director of Jingmei Group General Hospital, thrombus was a common phenomenon after experiencing operations or crush injury and additionally Mr. Chen had been injured in a traffic accident before which resulted in his slight thrombus disease. Without other way of sending him away, the hospital filed a lawsuit and the police forced him home. Some reports showed that the reason why Mr. Chen refused to leave was that he didn't believe the hospital's diagnosis and staying was his way to defend rights.
©Exclusivepix Media 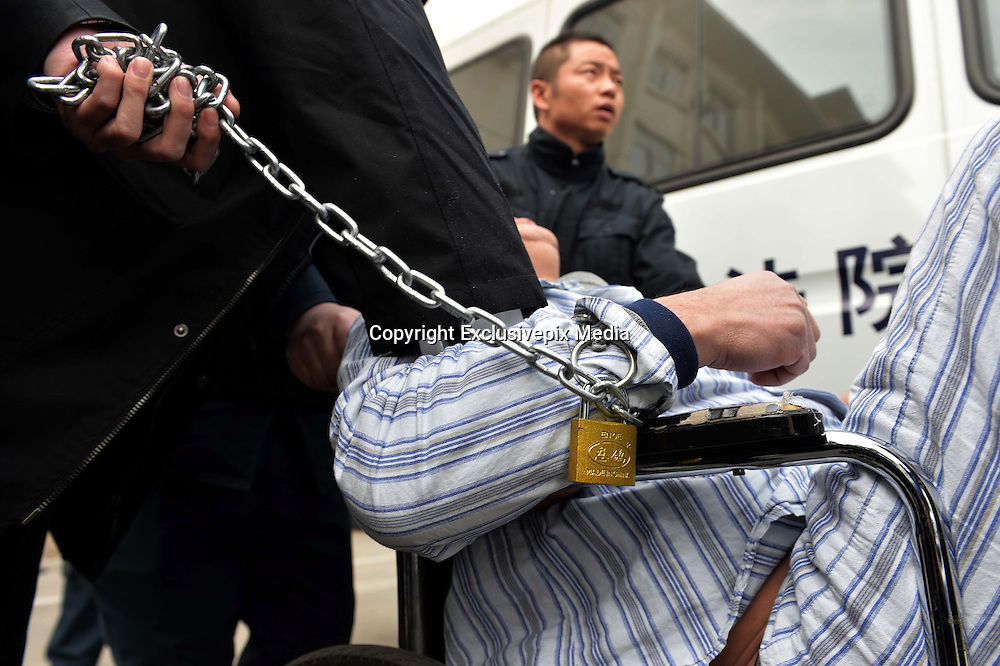