It was love at first sight, twice. The first, when actress Jane Fonda met music producer Richard Perry while in hospital recovering from knee surgery in 2009. The second, when the couple took a look at this modernist mansion in Beverly Hills a few years later.

She knew immediately it was the house for her and her partner, but now, five years later, after their break-up was announced on Monday [Jan 24, 2017], it is time to say goodbye to the 660 sq.m home.

“I took one look at this house and I knew, I just knew,” recalls Fonda, “This was a place where we could live very happily.”

She was attracted to the strong architectural lines, the shining stainless steel front door, and the many windows with their stunning canyon and views.

“The house inspires me to be comfortable and have a great time," she says, happily recalling celebrating her 75th birthday with 150 guests in the home.

The two-story, four bedroom home was built in 1961 but has been remodelled with a number of environmentally friendly features: bamboo floors, solar heating, bio-ethanol fireplaces and thermal glass double-glazed UV windows.

But just an enticing to the 79-year-old environmentalist was the master bedroom with its dual master baths and walk-in closets. “This is the first time in my 79 years that I have had a closet that you could walk in and see everything that you have,” she says.

Other features in the home include a glass lift, a media room and a gym.

Outdoors, and spread over 1/3 hectare, the property features a solar heated pool, a deck extending over the steep hillside, a secluded meditation garden with a fountain, and a fire pit “where you can see the sun set.”

The ex-couple decorated their home with the trapping of their success. An Oscar from Jane, gold records from Richard and Andy Warhol portraits of Jane. 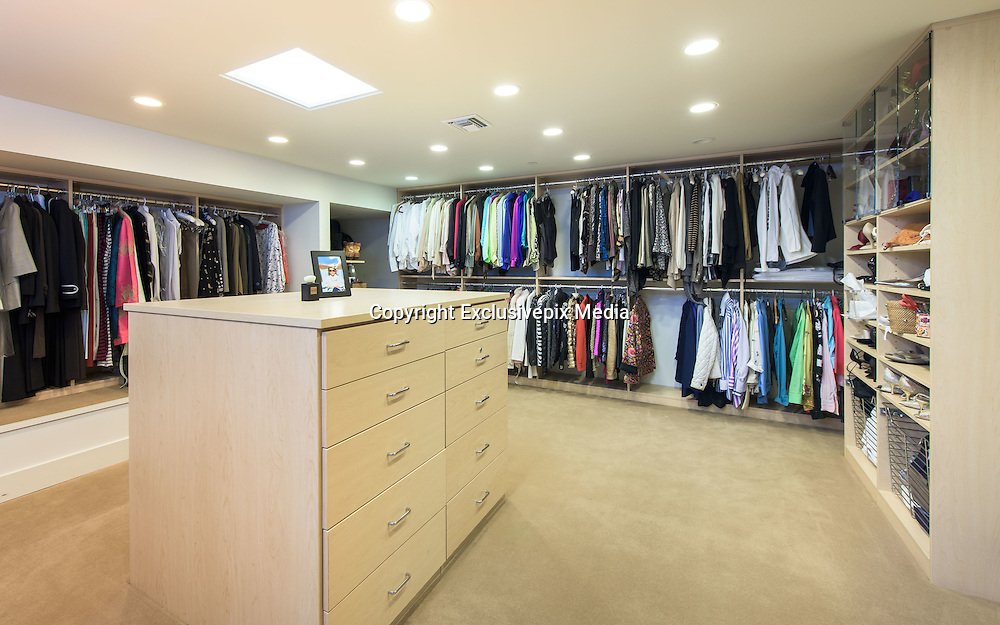