Hundreds of photographers and thrill-seekers travel to the haunted Island of the Dolls every year, but it was never meant to be a tourist attraction. After a two-hour canal ride from Mexico City, they arrive at a nightmarish clearing deep in the woods where thousands of mutilated dolls hang from the trees and hide among the dense branches.
They were put there by a reclusive Mexican man who believed they would appease the troubled ghost of a small girl who died there over 50 years ago - and still haunts the woods today.
Julian Santana Barrera retreated to the woods soon after she drowned in the nearby canal. He claimed he could hear her tormented screams and footsteps in the darkness.
Even today - 14 years after his own mysterious death in those woods - visitors say they hear whispers in the night and feel the dolls' eyes following them through the trees.

Barrera found the girl's corpse floating in the canal and blamed himself for not being able to save her life, according to the so-called Isla de las Munecas' official website.
He later discovered a doll floating in the same waters and, assuming it belonged to the deceased girl, hung it from a tree as a sign of respect. His descent into madness began with this seemingly innocent act.
Barrera began to hear whispers, footsteps and the anguished wails of a woman in the darkness even though his hut - hidden deep inside the woods of Xochimilco - was miles away from civilisation.
Driven by fear, he hung the dismembered toys from the trees to protect himself from her ghost and spent the next 50 years 'decorating' the woods in a desperate attempt to appease her.
He hung hundreds of toys - some missing body parts - from the trees and the wire fencing which surrounded his wooden shack.

Barrera lived a hermit's life in those woods until 2001 wh 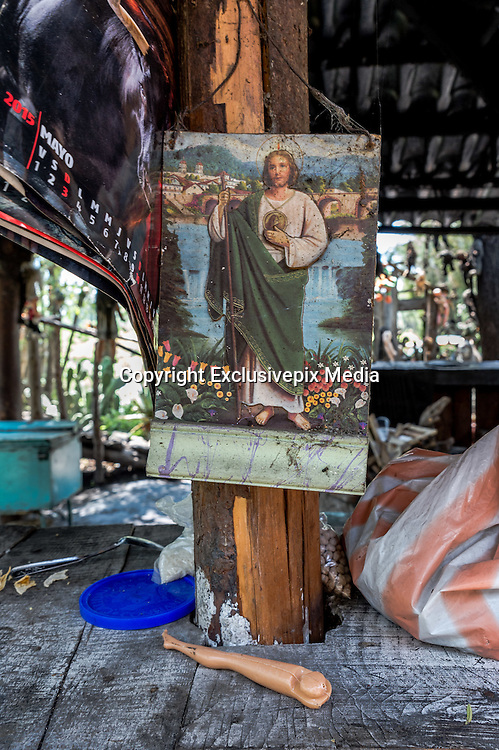