PHOTO SHOWS: An Iranian version of the Statue of Liberty on the walls of the former American embassy in Tehran, which was captured in 1979 during the Revolution. The building is now home to a militia base and a sports club.
©eric lafforgue/Exclusivepix Media 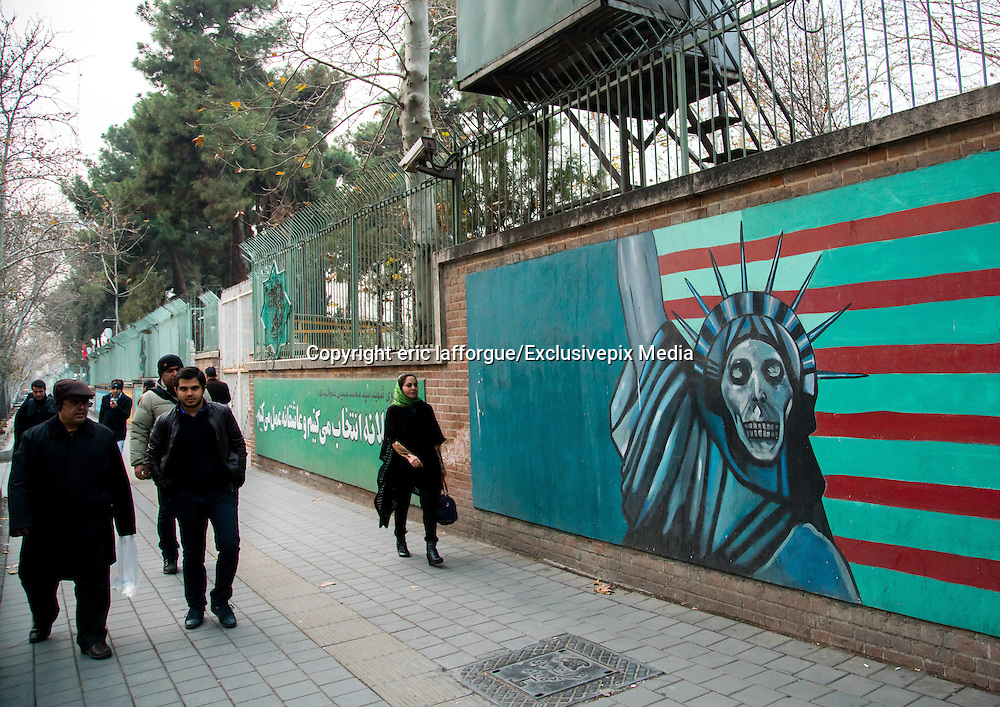