This distressing video was shot in Taiji Japan, on January 21st, Day one of this super pod of dolphins captive selection.

Captured by Liz Cater she says: "The dolphins were driven into the cove on January 19th and it is estimated to be anywhere between 250-300 dolphins trapped in the cove"

" The pod had a lot of juvenile dolphins amongst it. this was day one and literally the first part of the pod to be selected, it was 5 minutes into selection when this occurred. The pod was panicked and they knew they had been separated from their family."

"in one image of a dolphin you can see it vomiting, and to me this looks like his/her own intestines. This was not the only dolphin captured to be vomitting from the stress endured over 5 days"

Liz went on to say while witnessing this very distressing moment "The dolphins don't jump over the nets because they are foreign to them, they don't know whats on the other side, and being wild, have never encountered them before. Many do however get caught in them from the frenzy and, some can get over from such frenzy."

"As you can see in this, one dolphin nearly got over but was grabbed and wrangled back over into the selection area. This was quite a small dolphin to, a juvenile. The selection area is very shallow, i believe it is, because the men in most cases look like they are standing , they are not appearing to be treading water when they are stationary and looking for their next victim"
These shallow depths work against the dolphins, and makes it easier for the divers to grab them under water .

The 100 dolphins taken have all now been transferred to small over crowded sea pens where their spirit will now be broken. The will starve them more for a few days, then being the process of feeding the dolphin dead drugged fish.
"shoving pills into the fish prior to feeding dolphins in the sea pen , as well as taking blood from unwell dolphi 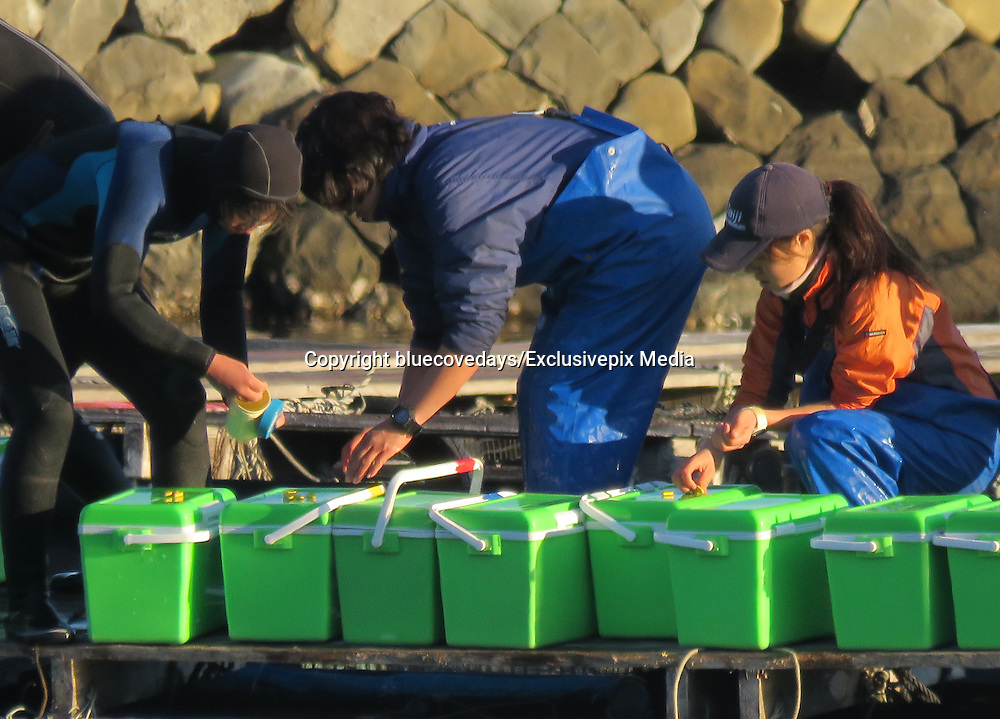