French photographer, Réhahn, has been traveling across Vietnam, capturing the essence of the country; hidden smiles. He has met some very special people and once establishing a friendship with them, he uses his camera to create breath-taking portraits of ‘hidden smiles’.

“I was looking for a perfect photo for my book cover and when I came through my collection I noticed that I had many photos of women covering their mouths. In each trip, I can get one or two so I don’t really realise but when I browsed my hard drive it became obvious!” says the talented photographer.
Réhahn thinks that many Vietnamese people cover their mouths when facing the camera out of modesty or politeness, a mark of elegance.

The reason for Réhahn only photographing his subjects when he has struck up a friendship with them is because he tries to capture emotions.

“We can’t usually get them to be natural in two minutes. It’s also a kind of respect. Without the model, the photographers do not exist. Also, I can say that I’m a humanist before being a photographer. I like the story behind the photos.

Vietnam has been voted the second happiest country in the world. Réhahn has been living there for three years and he thinks that in the area where he resides, they are all happy.
“They smile all day and bring me a good energy. Imagine your neighbour saying hello with a big smile every morning” says Réhahn.

According to Réhahn, Hidden Smiles is a way to make a sparkling portrait. “Eyes are wrinkles are a good combination. Their hands also tell a story sometimes”.
The French photographer is planning on taking 100 Hidden Smiles portraits before the end of this year.
©IMP/Exclusivepix media 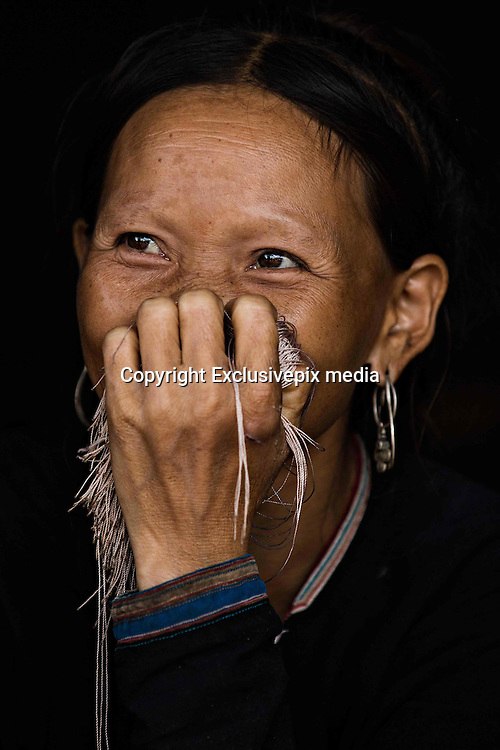