It is one of life’s little  frustrations: you brace yourself with an umbrella on a stormy day, but the moment you step outside it blows inside out.
Now blustery conditions could become a breeze with the help of a storm-proof umbrella.
Tapered at the back, rather like a cyclist’s racing helmet, it is said to be able to withstand winds of up to 70mph.
The asymmetrical design is also easier to hold upright, helping its carriers appear unflappable on the stormiest of days.
Tests in a wind tunnel found that some women were unable to hold a normal umbrella in gale-force winds, but they did not struggle with the Senz design.
Meanwhile, the arm muscles of both men and women in the wind tunnel did a third less work when carrying the storm-proof brolly, according to a Dutch study published in the journal Applied Ergonomics.

The Senz umbrella, which is thought to be the only type of its kind, was dreamt up by a Dutch industrial engineering student, Gerwin Hoogendoorn, after storms broke three of his brollies in a week.
After running up the prototype on his grandmother’s sewing machine, he formed a company with two university friends and now sells the umbrellas globally, with prices starting at £20.
The secret to their success is said to lie in the aerodynamic design which directs wind over and around the umbrellas, holding them in position.
©Senz umbrella/Exclusivepix 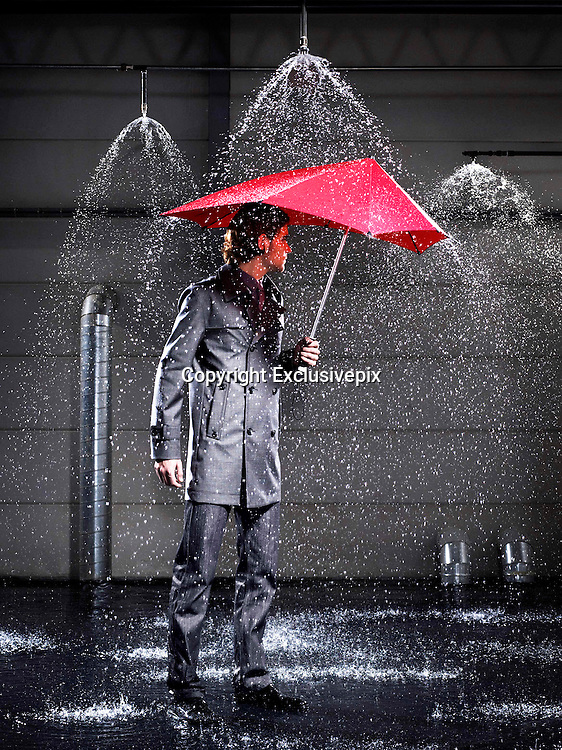