IJsseloog, or the “Eye of IJssel”, is an enormous circular pit in the middle of Ketelmeer lake in the mouth of the river IJssel, in the province of Flevoland, the Netherlands. The pit is one kilometer across and 45 meters deep and functions as a storage tank for heavily contaminated slit that is still being dredged from the bottom of the lake.
Between 1950 and 1990, lake Ketelmeer became heavily polluted from toxic industrial run-offs carried by Rhine and IJssel river from industries and factories located upstream. These pollutants were released into the river by industries not only in Holland but in Germany, Switzerland and France as well. The polluted sediments settled to the bottom of Ketelmeer in a thick layer of contaminated sludge. It was feared that the pollutants could contaminate the ground water or spread to the connected fresh water lake of Ĳsselmeer, which is the largest lake in the Netherlands and a major source of fresh water for both agriculture and drinking. The Ĳsselmeer also offers a number of opportunities for recreational activities such as yacht sailing.
In the 1994 a decision was made to remove the polluted sediments from the lakebed. Removing the slit will also deepen the channel leading to the mouth of the IJssel, thus improving access to the river for navigation. There was, however, the problem of disposal. The slit couldn’t be disposed on land without being a nuisance to agriculture and for local residents, and it also posed a serious health hazard due to presence of toxic substances and metals such as cadmium, nickel, lead, arsenic, and mercury. Therefore it was decided to store the contaminated sludge in an enormous pit called IJsseloog, situated on the lake itself.
IJsseloog was constructed between 1996 and 1999. It has a diameter of 1 kilometer and depth of 45 meters and a capacity to hold 20 million cubic meters of sludge. The pit is surrounded by a ten-meter-high embank 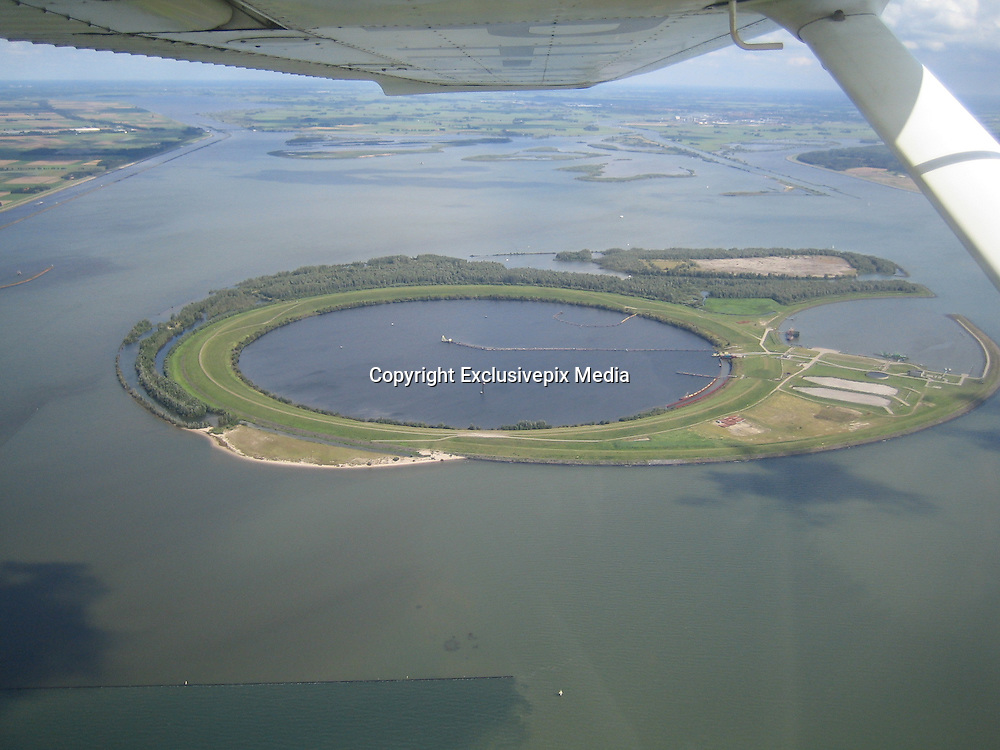