May 09, 2009 - London, England, UK - IN the cartoon world, Sylvester was forever cweeping up on his would-be supper, Tweety Pie.But in the real world, it seems, there has been something of a role reversal.The pictures here show a living room shared by a kitten and a budgie.In what could have been a fatal display of daring, the bird decided to leave his cage and taunt his feline playfellow by reversing the normal pecking order.He hopped on top of the napping kitten, trying to attract his attention, but the good-natured cat simply ignored him. Undeterred, the budgie continued to harass his sleepy-eyed friend until he lazily opened an eye to see what was going on.Eventually, the youngster gave in to his feathered friend's pestering for attention and swiped at him with a tentative paw. But as the curious cat gave chase, the wily budgie led the kitten straight into his cage.
©Exclusivepix 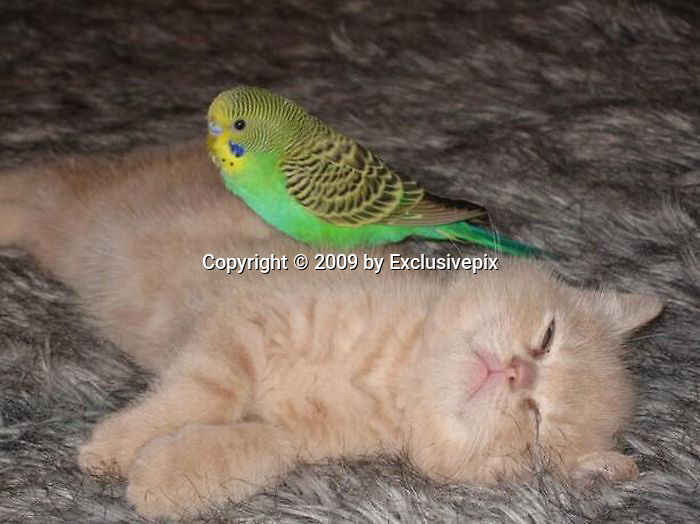