Photo shows: The first stop of the pilgrimage is in Samjiyon Grand Monument. The famous statue of the bugler is a national icon in the DPRK that can be seen in many places.
©Eric Lafforgue/Exclusivepix Media 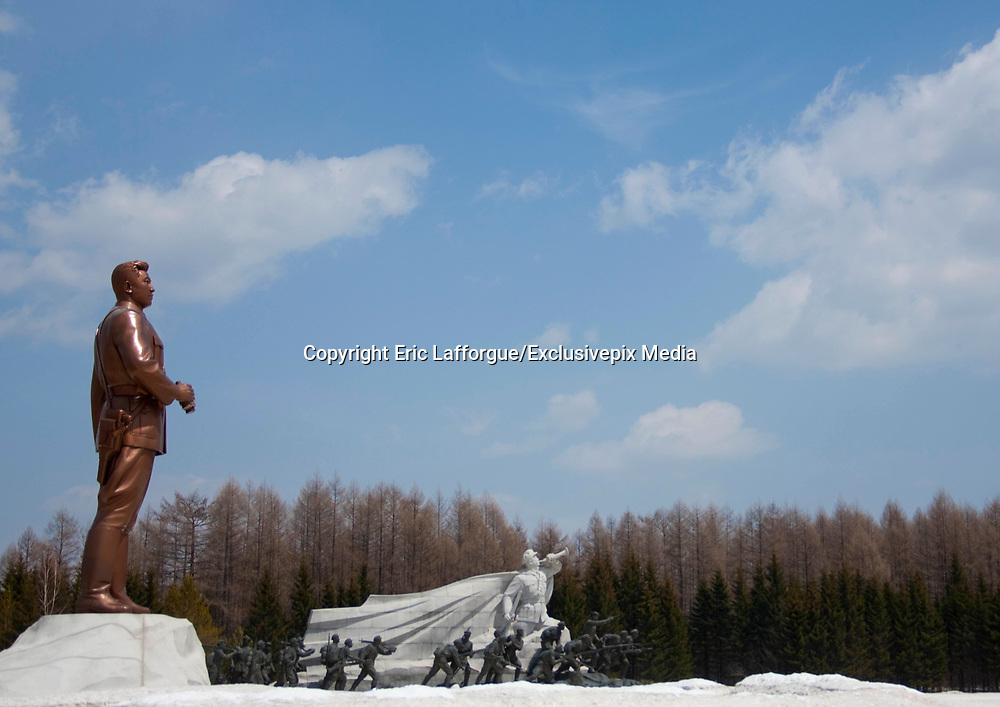