The hi-tech Crimean facility that was intended to help the Russians put men on the moon... by telling them whether its surface was rock or quicksand

The hi-tech Crimean facility that was intended to help the Russians put men on the moon... by telling them whether its surface was rock or quicksand

At the height of the Cold War the Soviet Union, flush with the success of putting the first man into space, turned its gaze towards landing a cosmonaut on the moon ahead of the Americans.
But a huge mystery faced the Communist nation's scientists - whether the moon's surface was comprised of a layer of loose dust or completely solid.
To solve the question, the Gorky Research Institute of Radio Physics constructed an artificial 'moon' at the top of the Balaly Kai mountain in the Crimea region of Ukraine.
A radio telescope was installed at the foot of the mountain and was used to compare radio emissions from the moon using the artificial moon - a five metre black disc covered with carbon foam - eventually leading to the discovery that the moon had a hard surface.
Although the Russians never reached the moon, the station was then used to calculate the absolute temperatures of Jupiter, probe the Cassiopeia, Taurus, and Cygnus constellations, and also to study of the surface of Mars, Jupiter and Mercury.
Today it is abandoned, but has partially survived because it is in a nature reserve and was therefore not cut into scrap metal. These pictures, taken by Russian photographer Sergey Anashkevitch, chronicle what remains of a bold era in Soviet space exploration.
©Sergey Anashkevitch/Exclusivepix 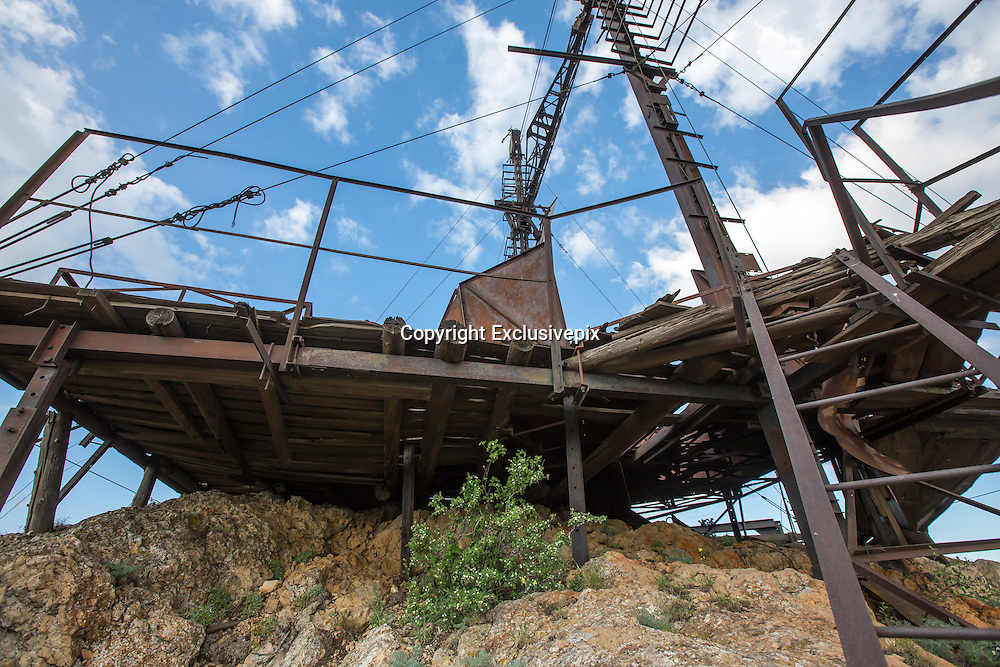