Conservationists return three rescued orangutans to freedom in the rainforest

Three orangutans have been rescued and released into a national park in West Kalimantan after being driven out of the forest by massive land clearance operations to make way for agricultural plantations. News of the orangutans’ translocation has been released with a strong message about increasing threats to the survival of the Critically Endangered species.

The orangutans were named Brown, Kokom, and Zola. Zola was rescued by IAR’s team and the local Forest Department on 30 January this year. Brown was rescued on 27 December 2016 from a village not far from IAR’s rescue centre in Sungai Awan, Ketapang and female Kokom was rescued on 30 November from a rubber plantation owned by residents in Sumber Priangan Village, Nanga Tayap District. She was found with a rope around her neck, suggesting she had been kept in captivity, perhaps as a pet, and then set free.

The three rescues indicate that the orangutans’ habitat is being increasingly squeezed by massive forest clearance for industrial-scale agricultural plantations. 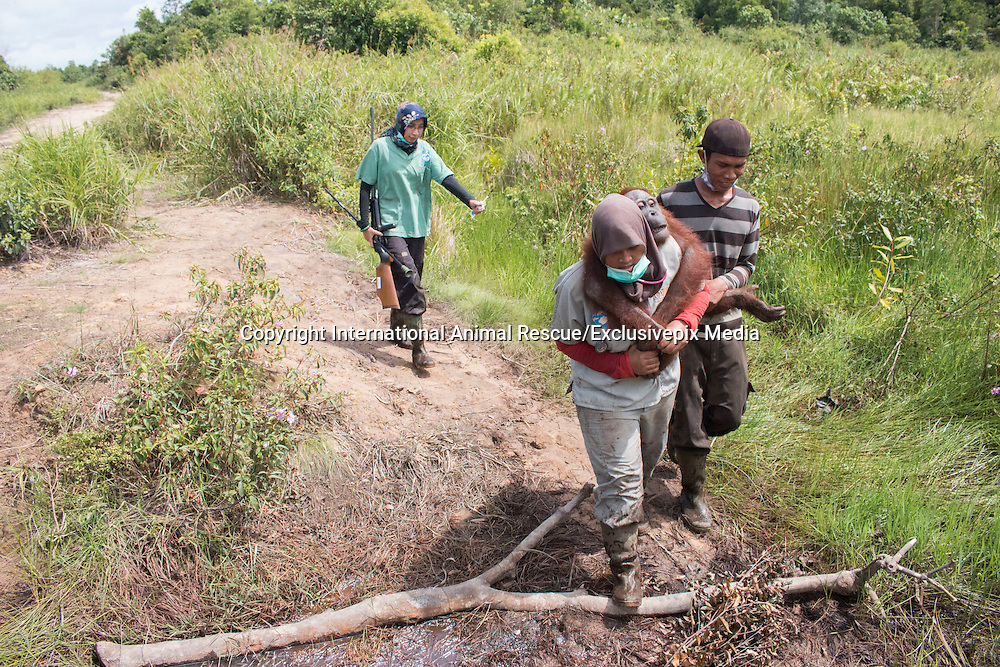