Luka Modric and his friend and team mate Kovacic, champions in love. Now Modric has more company in Madrid, and is one of the recent signings of Real Madrid was his friend Mateo Kovacic. Together and in the company of their wives, they enjoyed a romantic evening. Modric has it all footballing terms, quality, technique, effort, sacrifice and humility. Besides his talent in the field transmits other virtues of a boy who forged his personality with the indelible memory of the War of Croatia. Now, the player wins on the field and share these successes with his family, his wife and son Luka. His wife, Croatian birth as he worked in the office of Mario Maric, Croatian agent, when they met. They saw, they liked and the rest came alone. They married in 2010 and only a month later welcomed their first, and currently only child. Vanja Bosnic has become the best Croatian travel companion, who in recent years has accompanied him on his football career. After settling in Ukraine, the family packed Modric to move to London, the city where the player started playing at Tottenham. Established and used to English life, Vanja also had to get used to his new life in Spain
©Exclusivepix Media 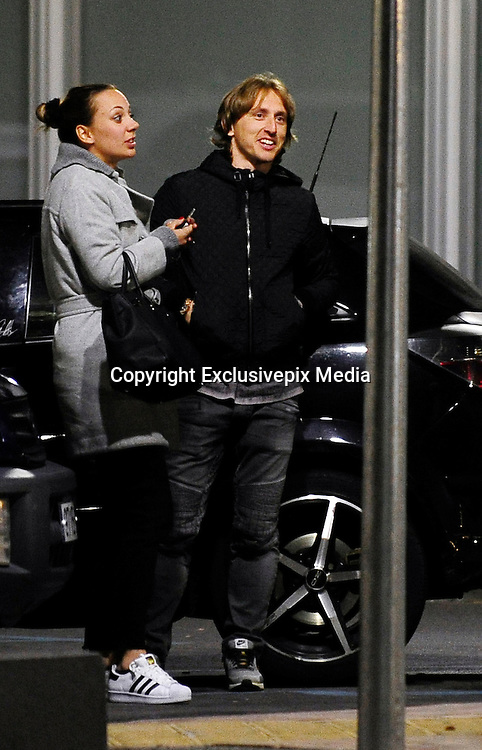