For a long time, I had wanted to enjoy the beaches of North Korea promoted in official brochures. But the best one – located on the East Coast in Hamhung, the second largest city in the DPRK with a population of 800,000 – was not open to tourists. This finally changed in 2011 and I jumped on the opportunity to be one of the first to visit the place.

My North Korean guide got starry-eyed while talking about this beach. He was extolling the "excellent stretches of pristine beach.” I don’t think that he ever went there but he learnt the official propaganda by heart.
He told me that every North Korean citizen had the secret dream of enjoying a beach holiday. On the brochure he gave me, it said, “Majon, the resort in the suburbs of Hamhung and an industrial city” – an example of North Korean marketing.

After arriving in Hamhung, a five-hour drive from Pyongyang, I follow the mandatory city tour. One stop in front of the Grand Theatre – not possible to go inside. I’m allowed to open the bus window if I want to take a picture. Another stop in front of Kim Il Sung’s giant statue. My guide explains, “The hill was built by people so they could erect the statue of the Great Leader Kim Il Sung on top of it. From there, you have a great view over the city. Let’s go!”
In fact, the view from the top shows a dull city surrounded by the smoke from the factory chimneys as Hamhung is home to the best beach in North Korea but is also an industrial city with many chemical complexes. Everywhere we drive, we see factories when they are not hidden by the chimney smoke.

My guide tells me that there is no pollution in the city… I ask him to be serious for once. Perhaps the air is pure in Pyongyang, but in Hamhung, it’s another story. But he keeps repeating that the air is pure. Sometimes, too much propaganda kills the propaganda…

I am invited to visit the Hungnam Fertilizer Complex. An alarming yellow smoke 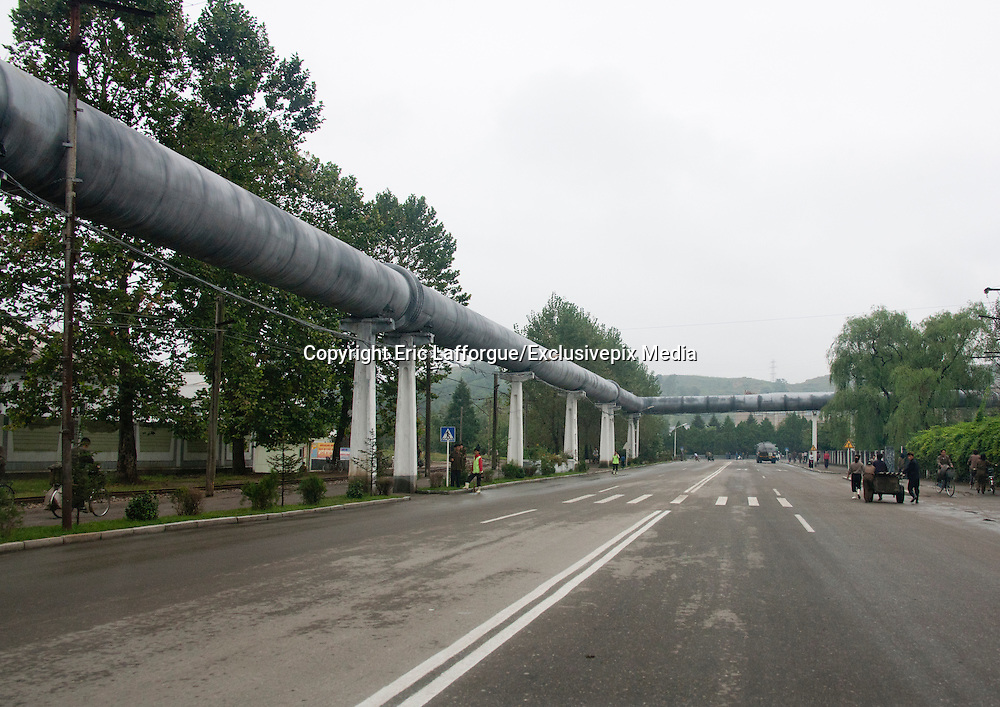