The boats located at Chernobyl’s dockyard were contaminated with radiation following the nuclear disaster in 1986. Some were used in the subsequent clean up but others were just in the wrong place at the wrong time. Gradually cut up for scrap over the years, few now remain.
The shipyard was originally built on “The Island” as a repair base for steam ships. Following the disaster, it became a naval maintenance and supply base.
©Thomas Windisch/Exclusivepix Media 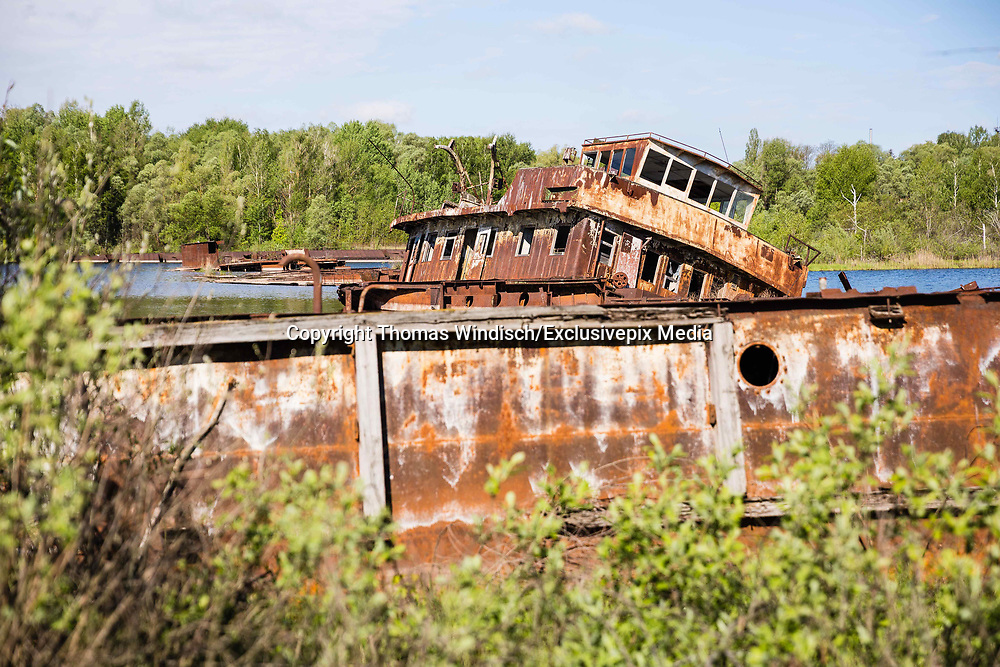