Vertical Horizon is a photographic journey between the buildings of a relentlessly growing city. It is a deep immersion into the city's thick atmospheres and a visual record of its wildly diverse built environment. This book is like a contemplative dive into the raw nature of Hong Kong and an expression of its vertical expansion.

The title itself is a reminder of the angle of my photo as well as a description of the vertical growth that human try to build for themselves. Although there was already a lot of land that has been reclaimed on the sea, the city had to find another way in order to accommodate its population. This other way to find the direction upward and to grow higher and higher. This is the extreme growth that I have been documenting in my project. In order to be the most accurate possible in my representation of the city, I decided to shoot Hong Kong in its diversity and thus in the 3 different kinds of district that we can find here: the business districts, the old-style districts and the densely-populated residential districts. For me, Vertical Horizon is the expression of the vertical expansion of human's urban environment when facing the physical limitation of a territory and land. It is a way of optimizing space, by reclaiming the sky instead of expanding mainly horizontally like it is the case in most of the cities in the world.
©Romain Jacquet-Lagreze/Exclusivepix Media 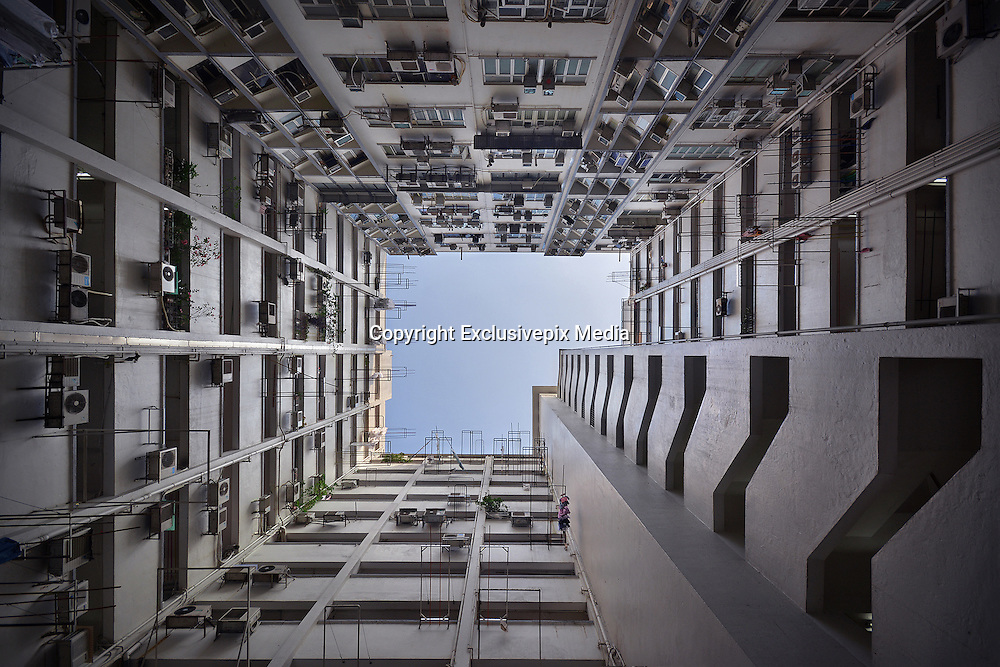