The Olympics are over, but two homeless kittens cant get enough and have taken to im-purr-sonating Usain Bolt and Yohan Blake. The pair of most recognisable poses have become the favourite of a pair of 13 week old kittens now called Bolt and Blake. Bolt and Blake arrived at Battersea Dogs & Cats Home Brands Hatch in Kent on 6 August, after being found as strays in Tower Hamlets, London. It was the day after Jamaica's Usain Bolt ran the second fastest 100m time in history at 9.63 seconds, just ahead of his teammate Yohan Blake. As the kittens flew across their cat pen at warp speed and started pulling some rather familiar poses, staff knew there were only two names for them. Rehoming and Welfare Assistant Sharon Weller said: We couldn't believe it when we saw the kittens doing Bolt and Blake's famous poses and knew they had to be named after the Olympic champions. The kittens are just like their namesakes, as they are energetic and very fast on their feet. Like the Jamaican heroes they are real jokers and love to lark about. We¿re now hoping they can take their place on the podium and find a loving new family. Bolt and Blake can be rehomed as a pair or on their own, and are both looking for loving homes where they will get plenty of attention and won¿t be left on their own for too long. They could live with children aged eight or older, and could possibly live with other cats or a dog.\nAlongside Bolt and Blake, 39 animals across Batterseas three sites have been named after Team GBs golden heroes. They include a homeless Bulldog at Battersea Brands Hatch who has been nicknamed Jess after the golden girl of the Olympics, Jessica Ennis. While 11 of the animals have already found new homes, the rest are still waiting patiently to take their place on the podium and find a loving new family. Sharon added: All of our animals are gold medal winners in our eyes, and we're hoping new owners come forward to adopt them soon.
©Exclusivepix 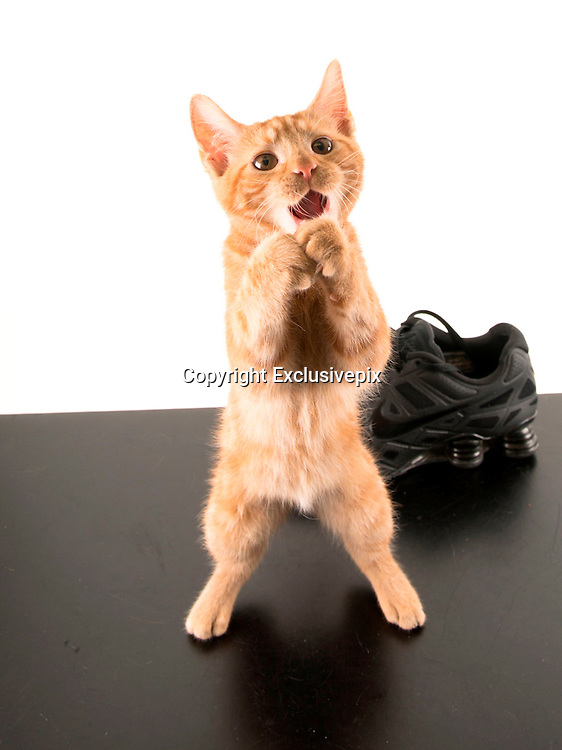