PHOTO SHOWS: On a building in Valiasr Square in central Tehran, a giant picture depicts Barack Obama alongside Shmer, a villain in Shia Islam who killed Imam Hussein. It shows Obama as a friend of this enemy and therefore a traitor.
©eric lafforgue/Exclusivepix Media 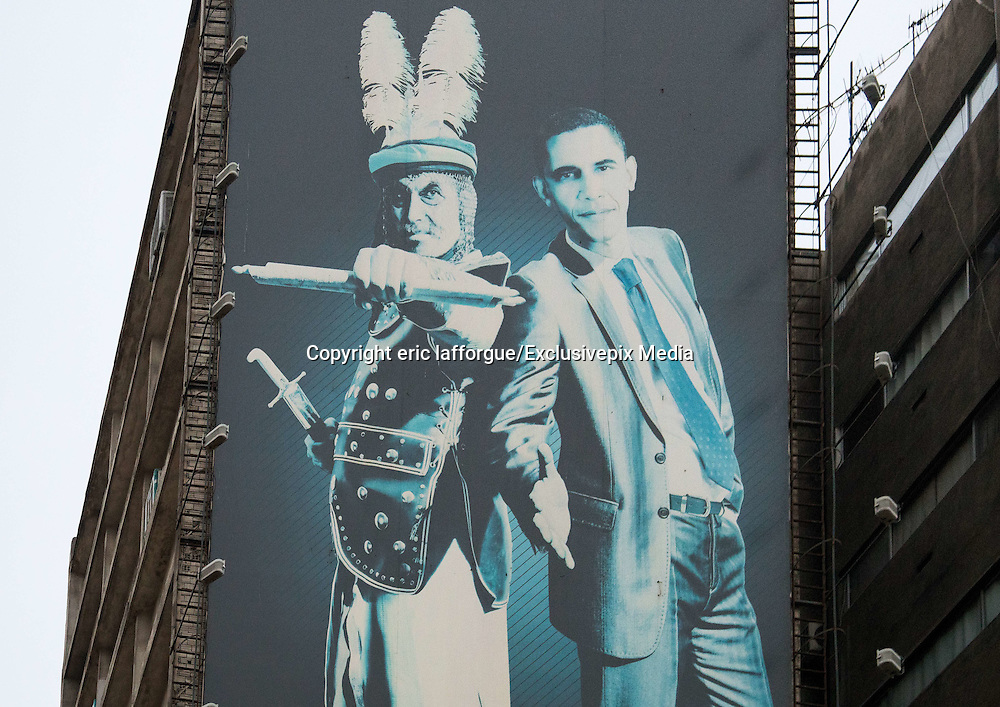