When 29 years ago a mile-tall blue flame shot high into the sky, burning a hole in the ozone layer, the eyes of the world focused on the human-made volcano - Soviet Reactor 4 of the Chernobyl Nuclear Plant - spewing 400 times more radioactive load than the bomb dropped on Hiroshima.
It was the Cold War, so American satellites were zooming in on the plant, now with a glowing red spot, much like a fresh gunshot wound on Earth's surface, bleeding plutonium.
'We did not know that death could be so beautiful,' said those who saw it from the model Soviet town of Pripyat, built specially for the employees of the plant, clean and church-less.

Ukraine is holding commemorations to mark the 30th anniversary of the nuclear disaster in Chernobyl.
Sirens were sounded at the same moment as the first explosion at the reactor, in the early hours of 26 April 1986.
The meltdown at the plant remains the worst nuclear disaster in history.
An uncontrolled reaction blew the roof off, spewing out a cloud of radioactive material which drifted across Ukraine's borders, into Russia, Belarus and across a swathe of northern Europe.
©Michal Huniewich/Exclusivepix Media 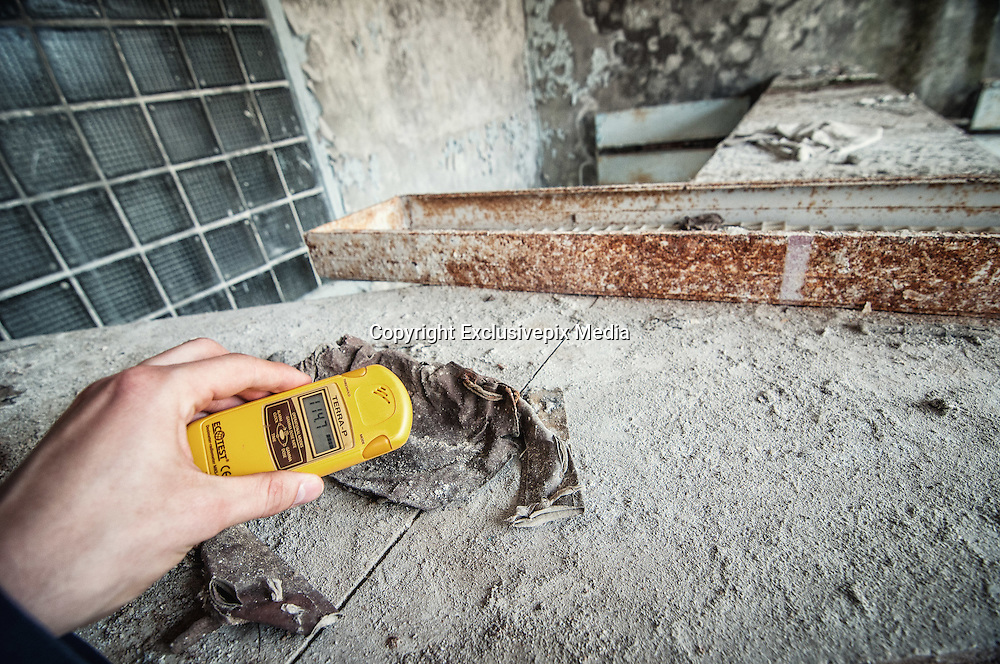