ARMY TIME IN NORTH KOREA
The very first order you receive from your guide when arriving in North Korea is NOT to take pictures of the soldiers. This is difficult as you see them everywhere at any occasion, so the temptation is high !

Their uniforms seem to come from the 50s. and it is ! The Korean People’s Army was created in 1948 in the Soviet occupation zone of Korea. So, the uniforms were copied from the USSR.

You will see soldiers in the morning, in the main squares of Pyongyang, when soldiers rehearse their parade for hours. They do not like to have witnesses as everything is not -yet- perfect but have no choice as they need huge spaces to train. Each soldier has a number to allow the officers to tell who is good and who is bad.

You will see them in the countryside when you leave the big towns.
Many soldiers are used as a labor force to compensate for the ineffective North Korean economy, so the army is not only about military organization.
During my 6 trips in North Korea, i saw so many soldiers collecting wood and carrying it along the roads. Wood for heating and for eating. North Korean soldiers can be seen working in fields, farms, or on construction sites in many places, far from military exercises.

You will see them in pictures when visiting the school or the universities : at the entrance, some letters are displayed on the walls, showing the picture of a young man in uniform above a short text. They are letters from former school students that joined the army and who tell about their lifes as soldiers. Of course everything is fantastic and they write they are so proud to serve their nation.

In North Korea, most of the soldiers serve in military for 10 years, female soldiers serve for seven years. Some high level students only serve few years to work quickly and to be more efficient than when they carry wood…
Once in the army, the contacts with the families is very complicated as the whole country is not covered with mobile phones. A lette 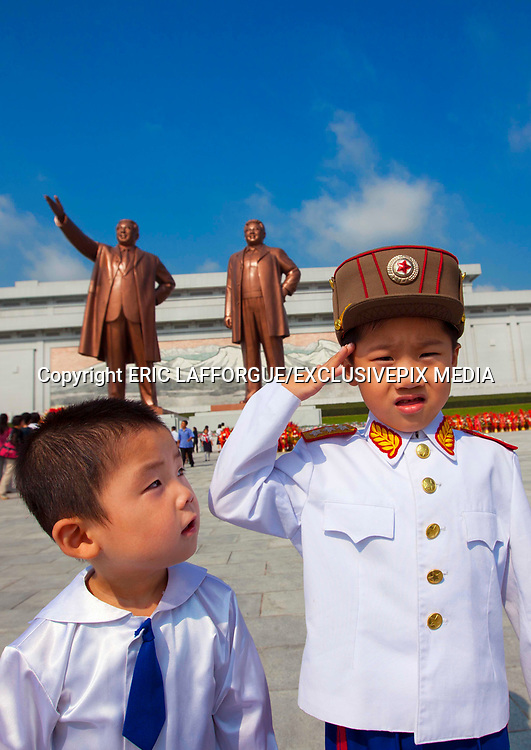