Daredevil athletes have jumped from the edge of a 90ft deep sinkhole in a remote part of Mexico, as part of a cliff diving contest.
Divers in the 'Cliff Diving World Series' performed stunts and reached speeds of 40mph before hitting the dark water of Cenote Ik Kil.
Gary Hunt, from Southampton was the overall winner and managed to pull off a Triple Quad – one of the most difficult dives in the world.
The Red Bull event lasted for two days -- though most of that time was probably taken up trying to get back out after each jump.
Gary scored 373.85 and edged out second-placed Silchenko by a little over 10 points, with 2009 champion Duque taking third place. 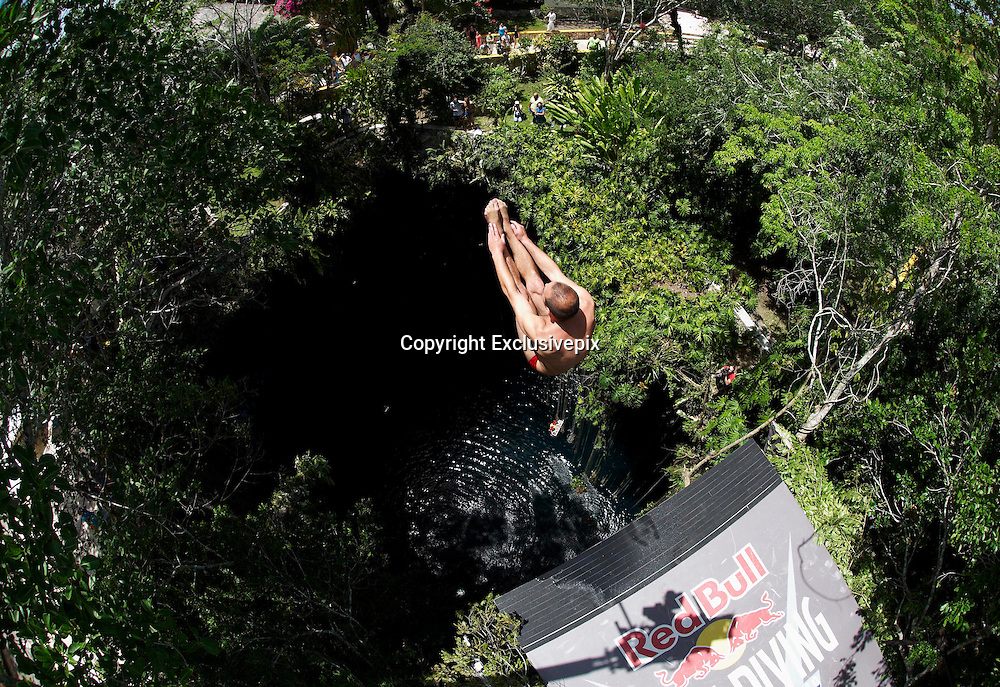