A maltreated Indian elephant that Sir Paul McCartney campaigned to save is still living in chains and being beaten almost two years after authorities ordered for the animal to be released to a sanctuary.

EXCLUSIVE
A maltreated Indian elephant that Sir Paul McCartney campaigned to save is still living in chains and being beaten almost two years after authorities ordered for the animal to be released to a sanctuary.
The 14-year-old elephant, called Sunder, spent six years chained at the Jyotiba Temple in Kolhapur, a city south of Mumbai in India, after he was donated to the temple by a local politician. In 2012, a campaign backed by former Beatle Sir Paul was launched to free the elephant from the temple when it emerged that Sunder was being abused by his handler - the elephant was covered in scars, had an eye injury and a hole in his ear.
The campaign appeared to be victorious when, that same year, the state forest department and Project Elephant, which is an Indian government scheme, ordered that Sunder should be retired to a sanctuary. But fast forward to today and the young elephant is still suffering in shocking circumstances after he was moved to an old poultry shed instead of being sent to a sanctuary to roam free.
An inspection by the animal rights group People for the Ethical Treatment of Animals (PETA) carried out last month found that Sunder was unable to lie down to sleep because of heavy chains restricting the movement of his legs. Also, no bedding material was provided and the shed he was being kept in was open on three sides, exposing Sunder to the hot sun during the day and cold weather and winds at night, explained Dr Manilal Valliyate, the director of veterinary affairs at PETA.
An undercover investigation by PETA in December revealed footage of a handler violently beating Sunder with a wooden pole.
“The video reveals a malnourished-looking Sunder, chained by two legs, writhing in pain and struggling to stand as the mahout strikes him repeatedly with the pole,” PETA said. “Sunder visibly recoils in fear from the weapon-wielding mahout (handler), who continues to threaten him with violence after he has stood.”
PETA is striving to get Sunde 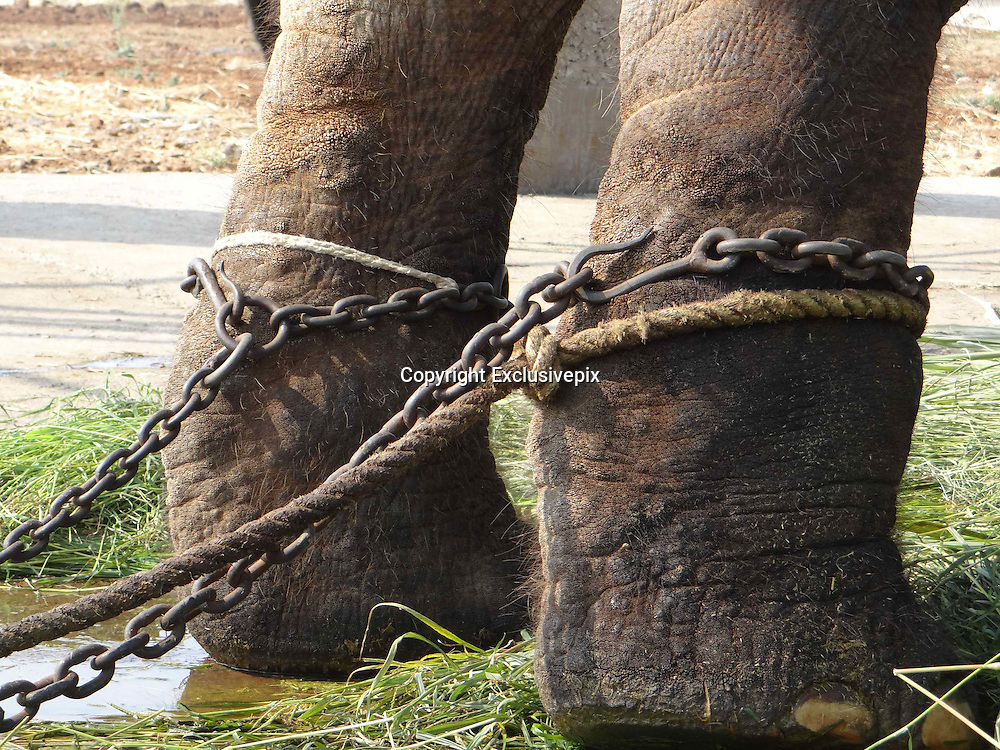