Photo shows a poster reading "My Chinese Dream" in front of a construction site on November 22, 2013 in Chenggong, Yunnan Province of China. Chenggong is a satellite city located just south of Kunming. As of 2012, much of the newly constructed housing in Chenggong is still unoccupied, and it is reportedly one of the largest ghost towns in Asia. According to a China Youth Daily report in July, at least 12 such ghost cities across the country have been found. Besides the best known of these - Ordos in North China's Inner Mongolia Autonomous Region, the list also included Changzhou in Jiangsu, Zhengdong New Area in Henan Province, Shiyan in Hubei and Chenggong District of Kunming in Yunnan.
©Exclusivepix 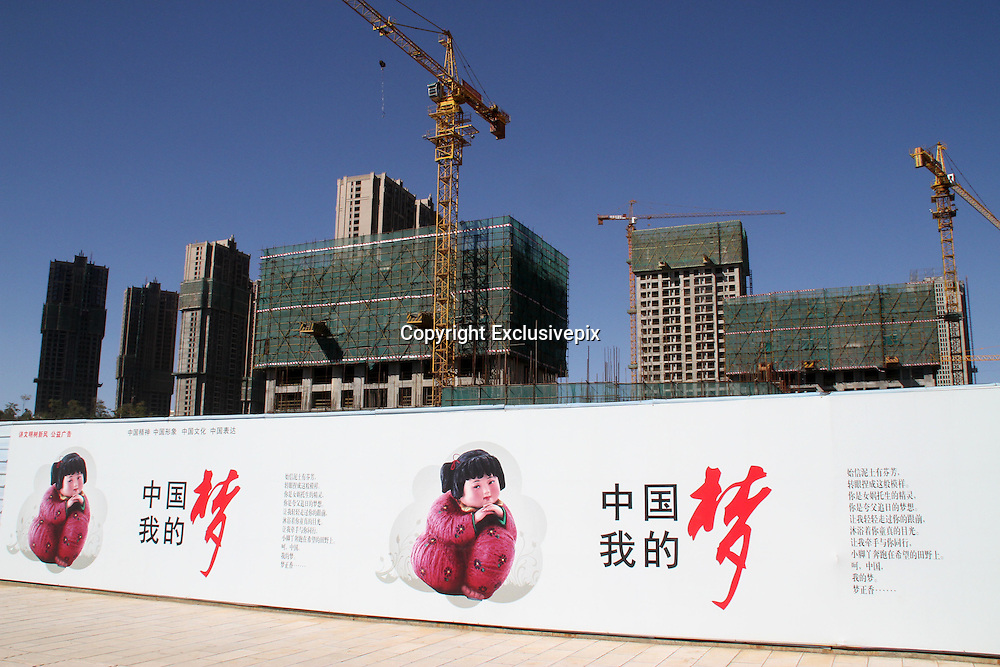