Can't get a cab in Beijing? No problem as dial-a-chopper takes off and 10,000 sign up for a ride

Commuters facing packed trains and gridlocked roads in Beijing now have another travel option - after China launched a dial-a-chopper service.
The helicopter hailing scheme has already proved a hit in China's congestion-hit capital with more than 10,000 people signing up for a ride.
But on the launch weekend, just 100 people managed to hail a ride such was the demand, according to the company behind the project.


Thousands signalled their interest in the service using the Did Kuadi platform. But Lv Gang, Reignwood Star's marketing chief, told Reuters: 'It was a three-day trial run from May 15.
'So many people signed up for it, but we didn't have the capacity to accommodate them.'

Helicopter leisure flights are a new concept in China where the military controls most of the airspace.
Reignwood must apply for regulatory approval for tours one day in advance, even though Beijing has simplified flight approval procedures for private aircraft since late 2013.
China is expected to become one of the world's biggest small aviation markets in the next five years as Beijing gradually lifts restrictions on flying at low altitude.
©Exclusivepix Media 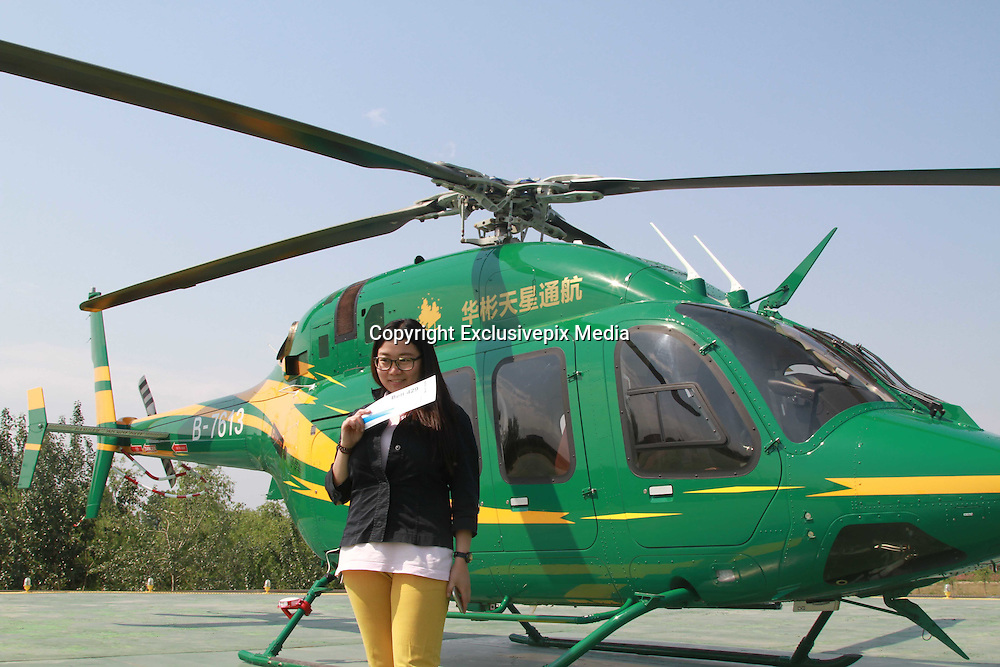