Photo Shows: Advert for ‘Woman Power’ insurance (Eagle Star & British Dominions Insurance Company, Ltd.), The Landswoman, July 1918, No. 7, Vol. 1. ‘Woman-power throughout the British Empire stands out dominantly as the most wonderful feature of the War,’ the advert stated. It suggested that women did not ‘grasp the meaning of what the consequences of a serious illness or accident would be to her.’ Pre-war women’s labour was not considered worth insuring.
©Pen and sward/Exclusivepix Media 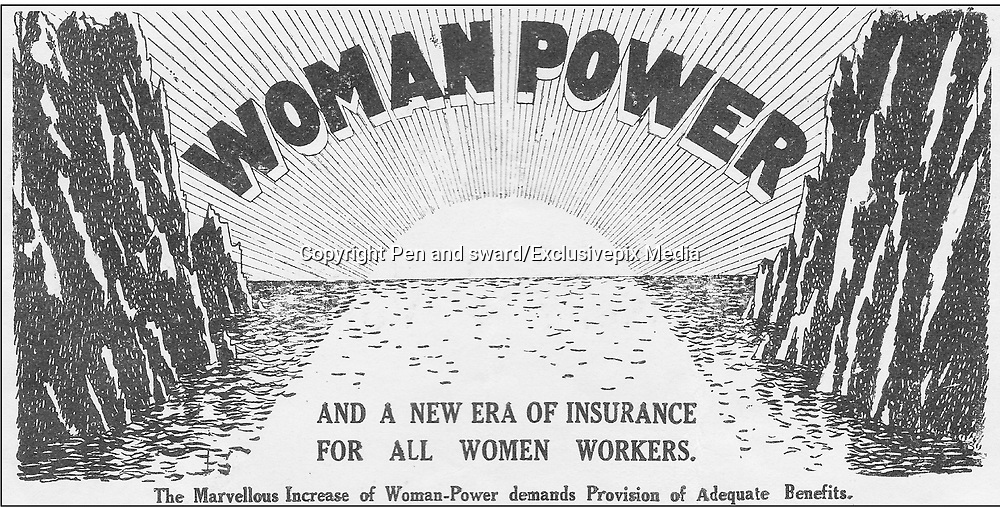