Fifteen years ago actress Meg Ryan attended a party in a New York loft, almost four years ago she bought it, and now, after completely gutting and remodelling it, she is selling it for US$10.9 million.

Meg, the “When Harry Met Sally” star, had moved to New York from California after her divorce from actor Dennis Quaid. After first living in 5 rented properties with her daughter Daisy, she decided she needed a permanent home.

As soon as she stepped into the 380 sq.m loft while house hunting, she remembered being at a party there. “It was all quite different back then, and the space had been through many eras,” she recalls. At one point the former button factory had been a photo studio. “When I had visited all those years ago, I was amazed by the volume. It was like so much of New York: cinematic. That’s what attracted me.”

She bought the loft from “The Simpsons” actor Hank Azaria, and set about renovating it – the ninth property she has redecorated. She gave it a major face lift. Now, a black and white colour scheme dominates the three bedroom, three bathroom property.

The home’s entrance features a 12 metre long gallery flooded with light from 5 huge windows (the loft features 13 oversized windows in total) and featuring several original architectural columns. Floor-to-ceiling French doors lead into the living room with its high ceilings, ebony wood floors and a decorative fireplace.
The home also features a large eat-in kitchen, illuminated with lights Meg found in a salvage shop in Maine, a media room, a butler’s pantry and a laundry room. The master bedroom has no less than eight closets and a free-standing bathtub in the ensuite bathroom.

“I love renovating,” says Meg. “I think it’s tied to living the actor’s life. As an actor, you are so rarely in control. You’re always saying words that someone else has given you. But with decorating I am in control; it’s 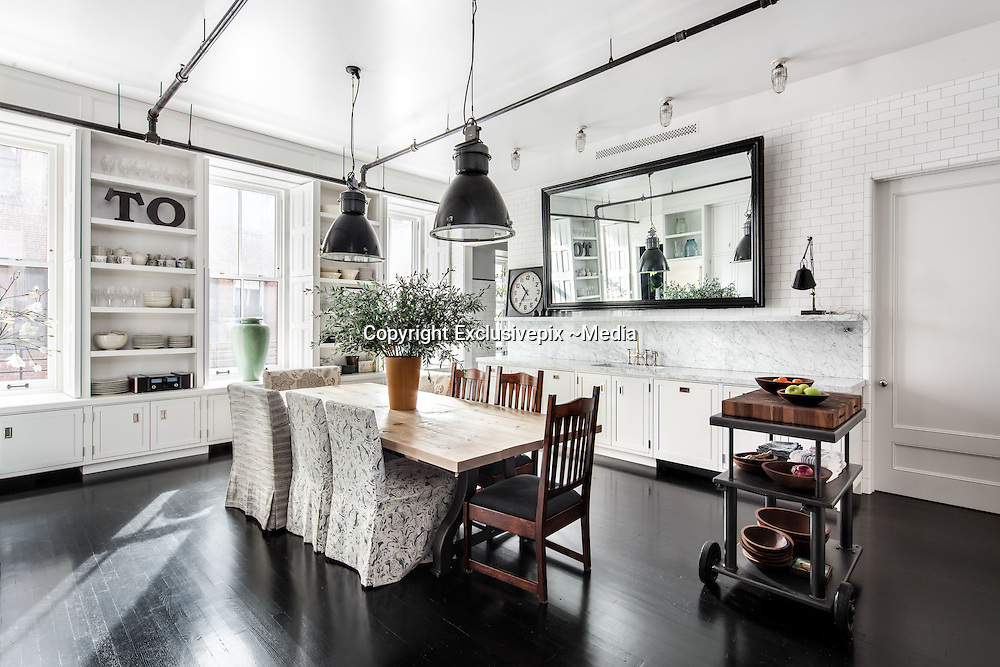