5am in a little village of south Bali, Indonesia. For two days the teens have prayed in a special place and are now ready for the tooth filing ceremony. The whole village combined the ceremony to reduce the high costs.
The girls and even the boys have a make up session. The young people are dressed in gorgeous clothing and big headdresses that are rented for the celebration. The atmosphere looks more like a movie set than a religious celebration. Balinese tooth-filing is an ancient tradition that predates Hinduism's arrival on the island in the 5th century BCE. Ancient tradition meets now the modern techniques with metal braces that have invaded Asia for years now. The teeth of gods and spirits are always pointed and long. They are likened to those of ferocious evils, wild animals, or dogs. It’s believed a Balinese may be denied entrance into heaven if the teeth are not filed because she might be mistaken for a wild creature. The tooth filing ceremony starts in the temple with the mebyakala , a series of purification with holy water made by the big priest (pedanda’ ) ceremony to “cleanse” the teenagers before having their teeth filed The aim of the ceremony is to symbolically “cut down” on the six negative traits that are inherent in humans (like the 7 sins in Christianity) : lust, greed, wrath, pride, jealousy, and intoxication. Tooth filing is a rite of passage into adulthood. The teens bow in front their parents and thanks them for everything they’ve since they were born. It is a very sequence full of emotions. The teens show respect to her parents in front of the whole family and many end in tears. The teens have to go thru the ceremony when a boy’s voice change or when the girls has her first menstruations. Before the filing begins, the priest says superstitious sentences. A ruby ring that is believed to have huge power is used to protect the teen from the evil. The stone touches the teeth as the protection symbol 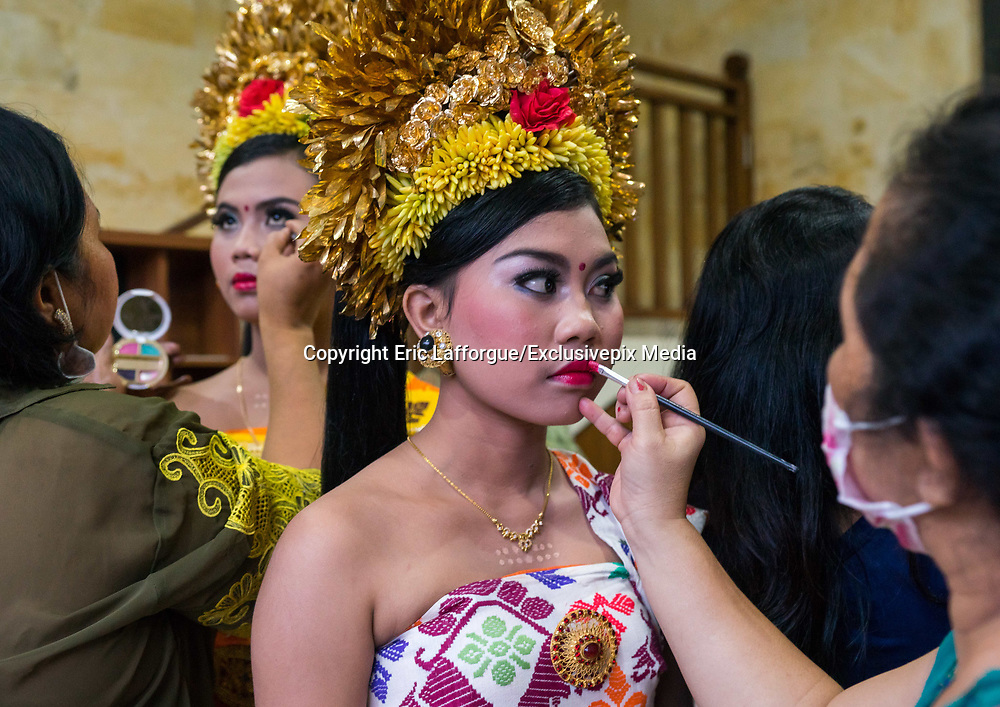