Tourist trip from hell: Witness lava fountains up close with an overnight trek to an erupting volcano

Guidebooks often boast of explosive scenery which will blow your mind.
But for one group of trekkers their trip certainly lived up to its promise, as they got up close to an erupting volcano.
Staff at Virunga National Park carried out a new overnight trek to the site of the Nyamulagira volcano eruption in eastern Democratic Republic of Congo and hikers even got to set up camp to watch the fiery scene.
The new tented camp for visitors is located just south of the erupting volcano in a close but in a safe area, selected by volcanologist Dario Tedesco with the Goma Volcanological Observatory.
The volcanic eruption, which can last days or months, has not shown signs of slowing and staff plan on continuing the daring treks until it dies out.
A similar eruption in 1989 continued for nine months while the last eruption in January 2010 ended after a few days.

Following the trek, Dr Tedesco said: 'This is definitely the best and most spectacular eruption of Nyamulagira I have ever seen.
'The 200-300 meter lava fountains, the closeness and the arrangement of the camping site, and finally the incredible show given by the lights of the incandescent lava made everything special, more than special.'
Virunga National Park warden, Emmanuel de Merode, spent the first night at the tented camp.
He said: 'It was the most extraordinary experience. Given the exceptional nature of this volcanic eruption, we've concentrated our efforts into securing this area for visitors to reinforce Virunga's potential as the most spectacular park in Africa.'
Virunga National Park, with the help of the European Union, has driven a major effort to relaunch tourism in Eastern Congo over the past two years.
Access to volcanic eruptions has never been offered to visitors before, but is now possible thanks close collaboration with scientific experts from the Volcanological Observatory in Goma.
The national 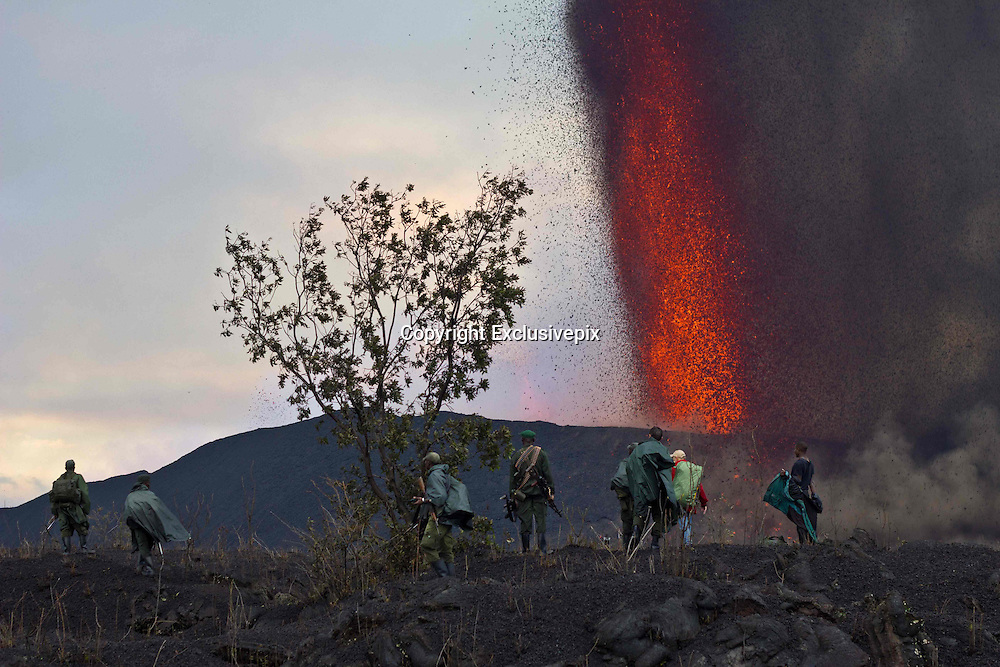