140 shares 38 View
comments
Striking images of New York mobsters from the dirty thirties have been revealed as they come up for auction.

Over 24 years, Eugene Canevari, a detective with the New York Police Department began working on cases involving some of the most well-know crime figures of the era: Lucky Luciano, Louis 'Lepke' Buchalter, Dutch Schultz and Vincent 'Mad Dog' Coll.

After retiring in 1952, Canevari took with him a number of police documents and photographs that charted his long career.
Now his files are up for auction and they include some incredible artifacts such as original mugshots of gangsters like Lucky Luciano and Johnny Torrio.
The files also contain various other police documents.
Canevari, who born in Greenwich Village, was on a first name basis with many of the mobsters he later prosecuted, having known several since childhood.
With a career beginning in 1928 at the age of 25, Canevari eventually rose to the rank of Detective 2nd Grade, mainly through his work on organized crime.
In addition to organized crime, he also worked on the NYPD Bomb Squad and Homicide Unit, not to mention his undercover work infiltrating Communist organizations.
Beyond the force, he also protected several celebrities including FDR, James Cagney, and Winston Churchill.
After a long and successful career, Canevari retired in 1952, at the age of 49, having served nearly 25 years.
In one part of the collection, photos depict the scene of an attempted bombing with dynamite on train tracks. A witness statement reads: 'Th 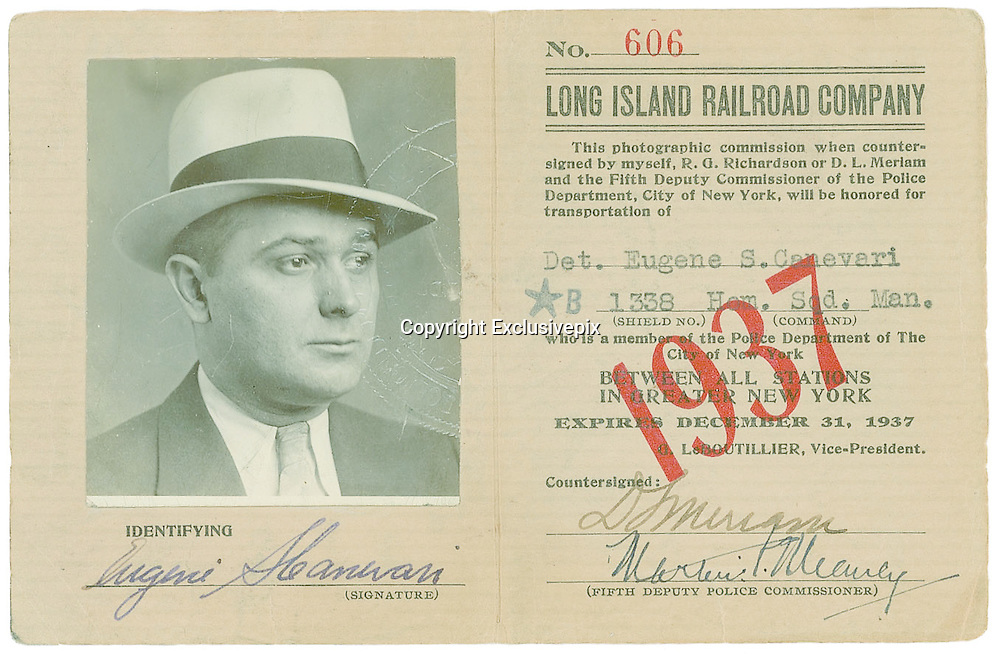