Chernobyl 2 Beyond The Horizon

Chernobyl 2 Beyond The Horizon

“Chernobyl-2″ is one of the most unique and secret places of the Chernobyl exclusion zone. In the Soviet times it was not even shown on maps, civilians were forbidden to come closer than several kilometers to this object. Only after the collapse of the USSR and the Chernobyl catastrophe some information about the small military unit involved in “space espionage” finally surfaced.

In the 1970s Soviet scientists developed unique radar systems that allowed to keep watch over ballistic missile launching from a territory of a potential enemy (submarines and military bases).  This one is an over-the-horizon radar, it has huge masts and antennas. Its operation demanded much human resources and was provided by militarymen whose number was about 1000. Those people and their families were living in a small city specially built for them, that city had one street only – Kurchatov street.

Over-the-horizon radar Duga-1 was the major object of that unit. It was also called object “Chernobyl-2″ or simply “Duga”. It was intended to detect launches of intercontinental ballistic missiles from the territory of Europe and the USA. No other stations in the whole world could boast of similar technological capabilities at that time.
Access to the object for tourists was opened only last year. It had been planned to demolish the object and they actually started to take such measures but fortunately stopped destructing the station in proper time – if so huge metal structure would fall it might cause a serious earthquake and the Chernobyl sarcophagus would be damaged as well.
Immediately after the accident at the Chernobyl nuclear power plant the station was put out of operation and all the personnel was evacuated. Much of its valuable equipment was transported to Komsomolsk-on-Amur, Russia, in 1987.

The structure is really impressive. According to some data they invested seven billion Soviet rubles to build it.

These antennas were buil 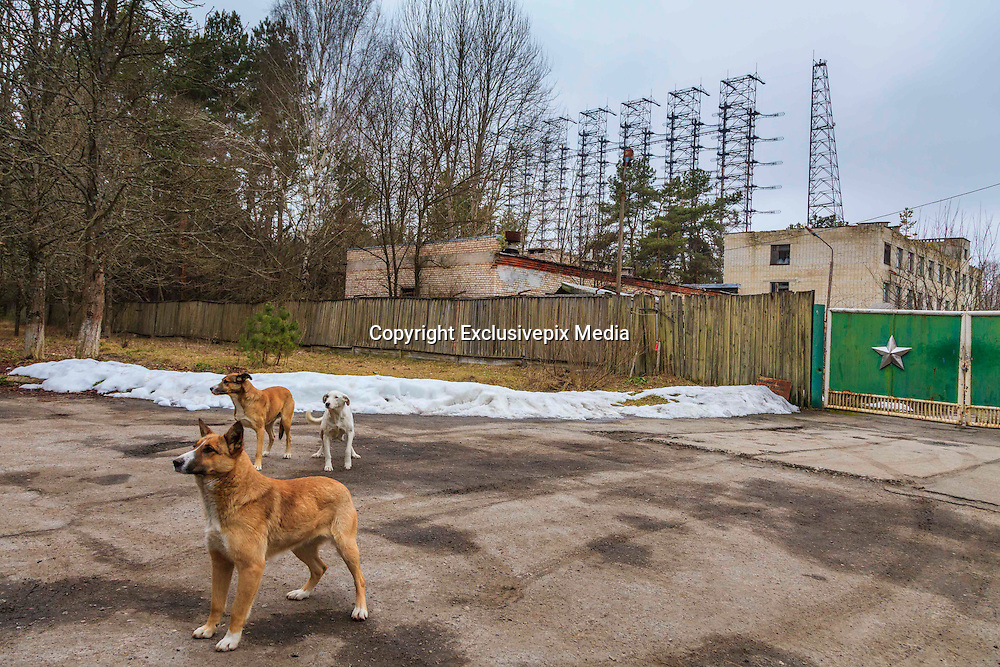