Photo shows: There are no pictures of her family in North Korea. She lost everything while crossing the icy river to enter China. The only picture in her possession shows her during a military training in Seoul.
©Eric Lafforgue/Exclusivepix Media 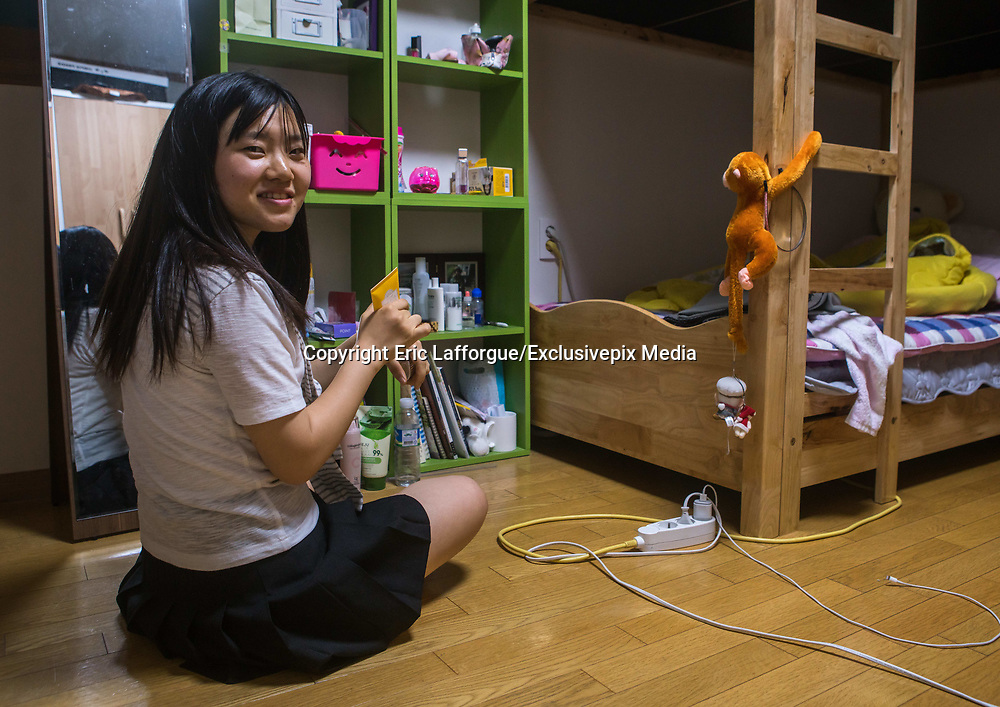