Photo shows: It looks like a duty free shop in an airport, with lot of beauty products, confortable sofas, huge plasma TV. But we are in North korea: suddenly a man with an underwear shirt comes out of a backstage door. The Tv plays a war propaganda movie.
©Eric Lafforgue/Exclusivepix Media 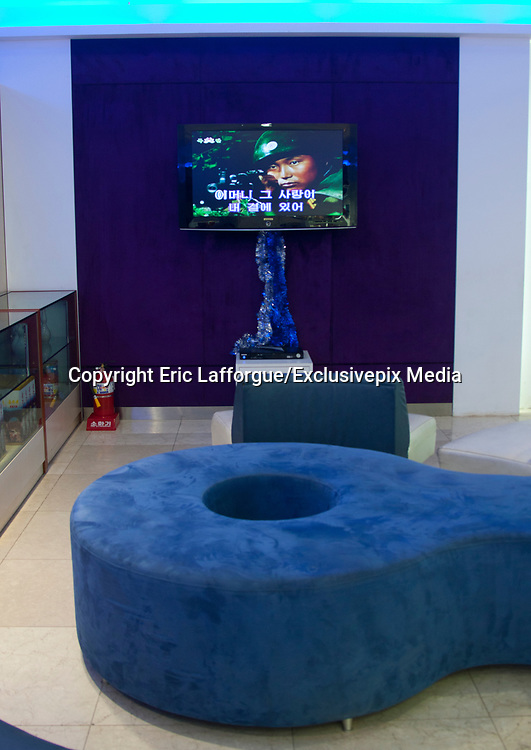