The great wall of cash: Chinese farmer builds new villa featuring huge banknotes in walls so that his ex-wife knows what she’s missing out on

The great wall of cash: Chinese farmer builds new villa featuring huge banknotes in walls so that his ex-wife knows what she’s missing out on

A Chinese farmer had banknotes engraved into the side of his home to show his estranged wife what she is missing.

Zhao Mashui, 53, paid for giant carvings of currencies to show the mother of his children, who reportedly left him 20 years ago, that he had been a success without her.

Mr Zhao said he had to act as both mother and father to his four daughters and one son after she left.

‘I just don’t want my wife to look down upon me. I am able to build a new house and support my family well,’ he said,
The father-of-five came up with the idea when he decided to renovate the wall last June.

Only one wall has banknotes at the moment but Mr Zhao plans to put them on all four walls before long.

‘If you come this time next year, you’ll see hundreds of banknotes on the wall by then,’ added Zhao.
With their intricate pattern and realistic colour, each note took specialists two days to complete, costing more than thirty thousand yuan (£3100) so far.

His house in Jinjingfu village in Quanzhou City, Fujian province, has now become popular with locals who want to visit the wall of cash.
©Exclusivepix Media 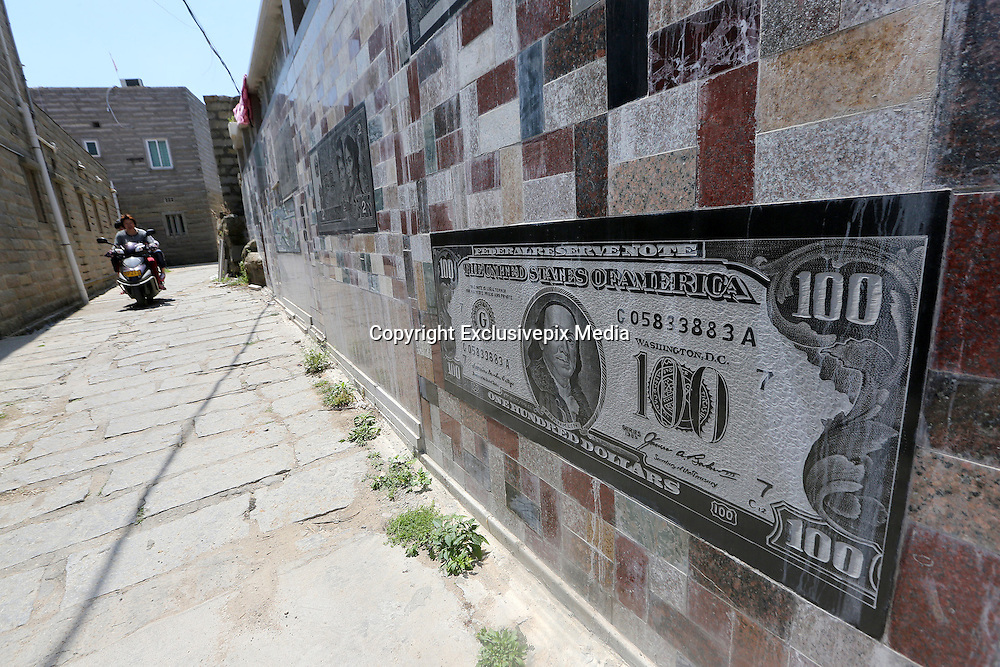