Photo shows: IThe visits from the North and from the South never take place at the same time inside the Joint Security Area blue houses.
Also, you’ll never see soldiers from both sides at the same time inside. So both sides need to coordinate when they enter the blue houses on the border. Usually they use a special phone line.
Once inside, the huge wooden desk is set exactly on the Military Demarcation Line. You can technically go in North Korea from the South or in South Korea from the North in one small step!
©Eric Lafforgue/Exclusivepix Media 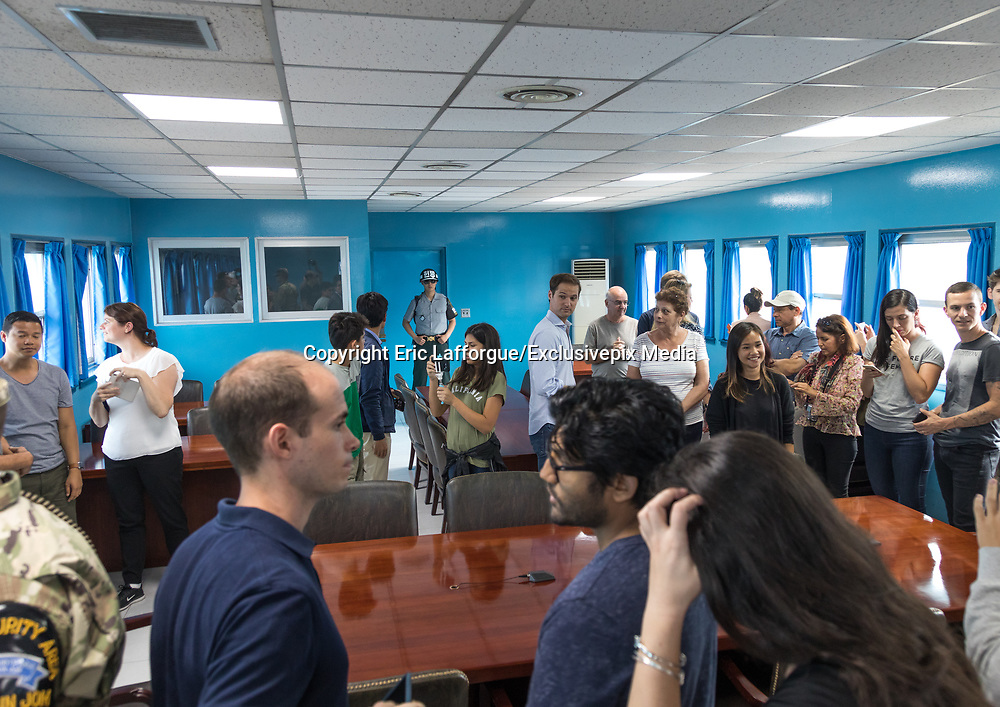