A three-storeied house stands at central road which forces the road construction to stop on in Luolong District on May 16, 2015 in Luoyang, Henan province of China. A nail house in Luoyang of China\'s Henan province refused to move out due to the reason that he was on satisfied with the compensation plan by the local government and had not reached any agreement for two years which postponed the opening of main road. It\'s said that the owner of the nail house insisted on not move two years ago the road project started while the supring thing was that he still held on and carried water for meals from other places.
©Exclusivepix Media 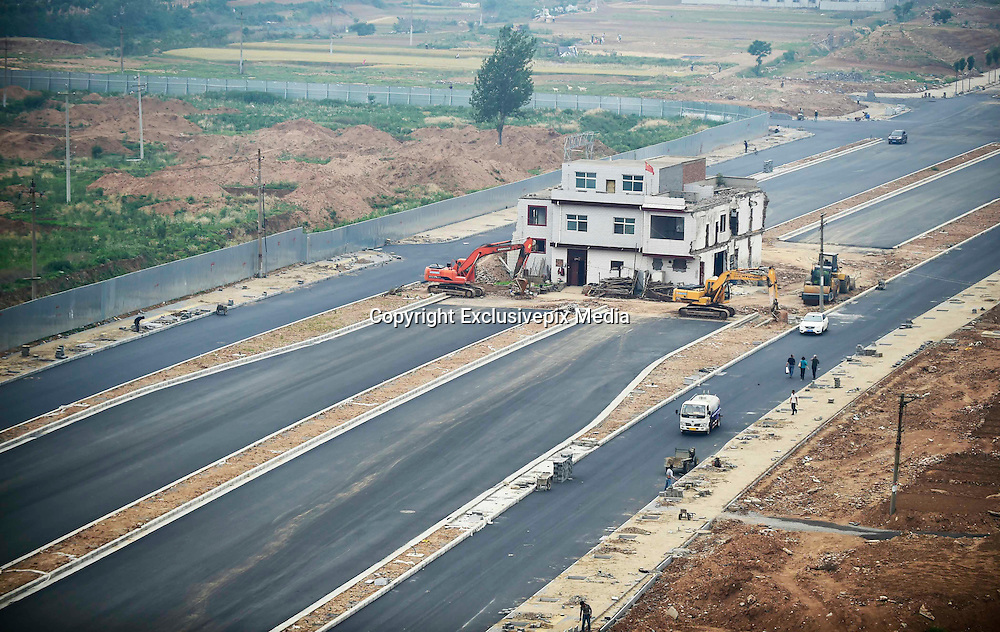