Photo shows: There are many pictures and murals in the DPRK showing the leaders standing at Mt. Paektu , like this in the hotel at the feet of the volcano that welcome the foreigners.
©Eric Lafforgue/Exclusivepix Media 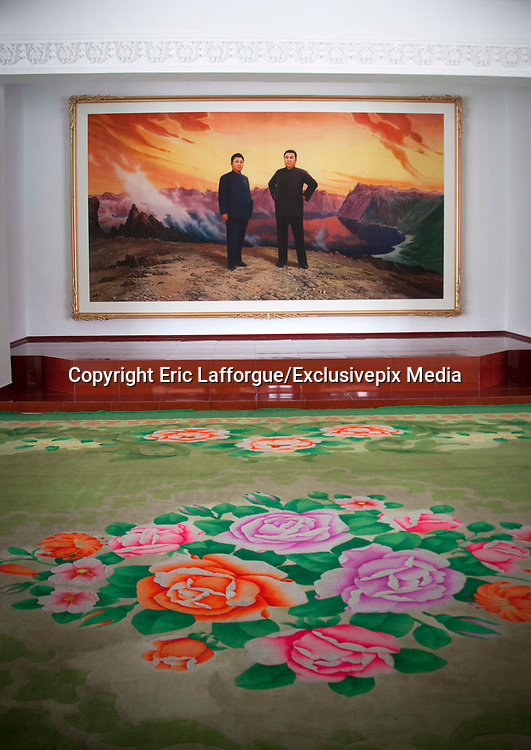