Photo Shows: Tourists photograph the Chernobyl Nuclear Power Plant (ChNPP or ChAES), the site of the world's worst nuclear accident. On the night of April 26, 1986, the Fourth Block reactor exploded during a safety test, sending radioactive particles into the atmosphere and eventually around the world. The population within 30 kilometers was 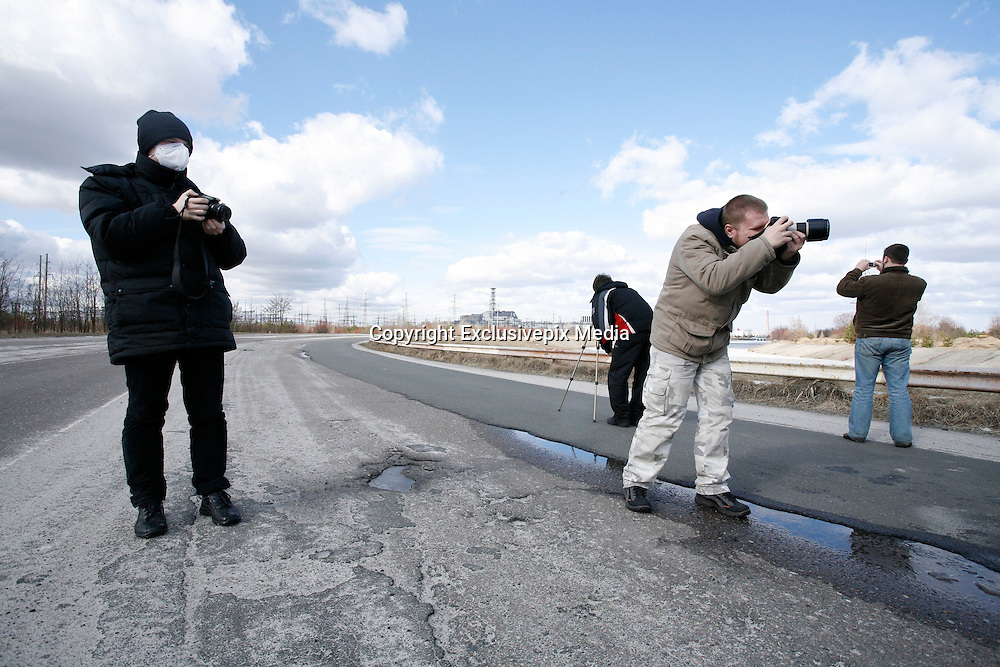