Photo shows: In Panmunjom, the soldiers from the two countries must remain totally static when they face the other side in the Joint Security Area (JSA).
This attitude may seem very painful but in fact, they are here only when some visitors are coming! When there are no visitors, they go back to their main building, and the place is empty.
©Eric Lafforgue/Exclusivepix Media 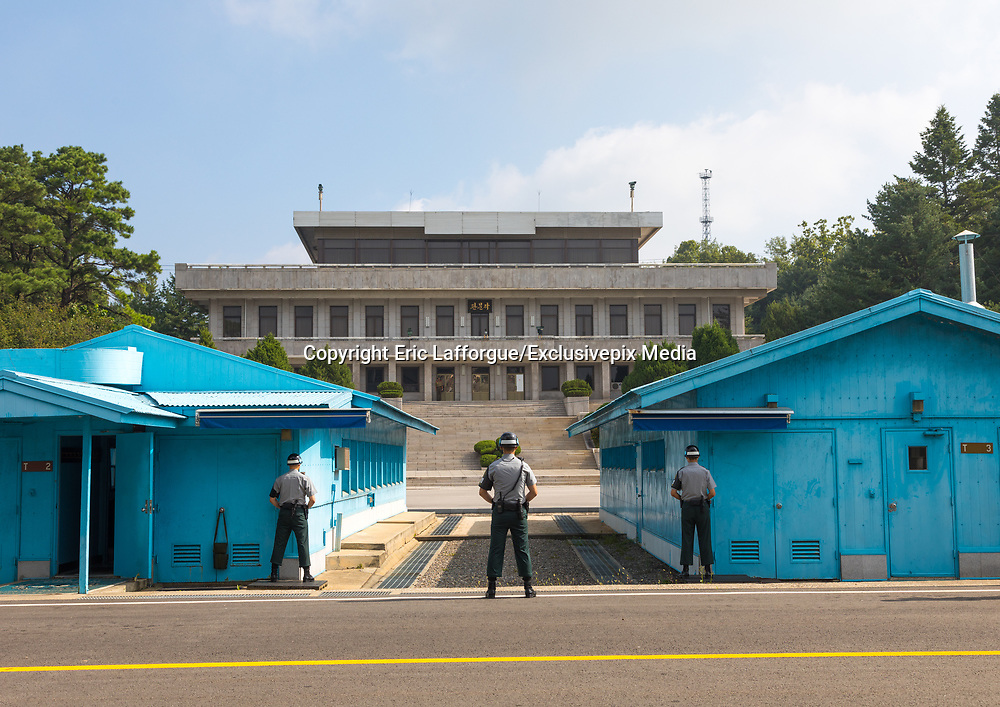