PHOTO SHOWS: Here the attack seems to have been successful, but the whale is very close to the shore.
©Reinhard Radke Nature Photography/Exclusivpeix Media 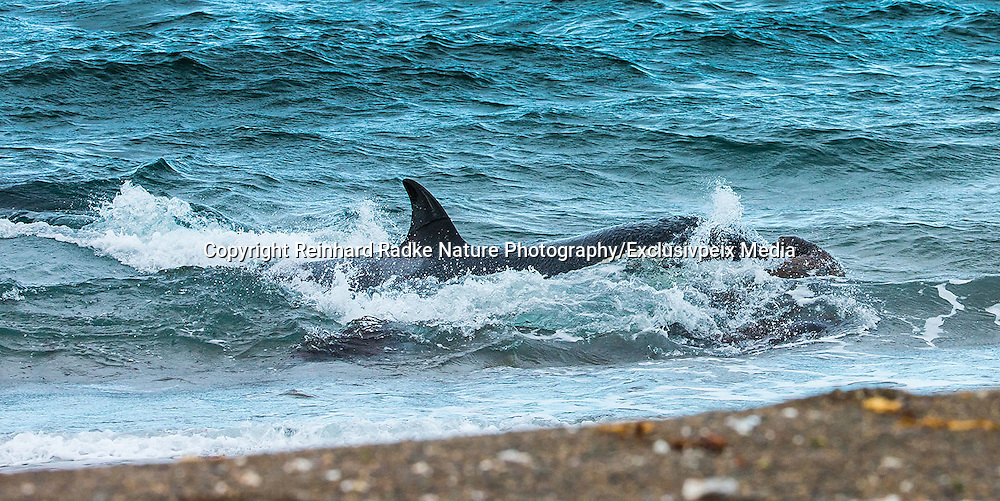