Lobster, a full-size bed and a private departure room: Young entrepreneur blows $30,000 of air miles on world's most luxurious flight from Singapore to New York... and blogs every last detail

Lobster, a full-size bed and a private departure room: Young entrepreneur blows $30,000 of air miles on world's most luxurious flight from Singapore to New York... and blogs every last detail

With endless lobster meals, a full-size bed and designer toiletries, it could be a five-star hotel.
But this is actually a private suite on a Singapore Airlines Airbus A380 - worth a staggering $23,000.
Young entrepreneur Derek Low cashed in 93,500 frequent flier miles to travel in the airlines's Suites Class - voted the most luxurious cabin in the world - from Singapore to New York.


He snapped photos of his experience - from an exclusive departure lounge called 'The Private Room' to hand-stitched leather armchairs - before posting them online.
His Medium.com blog, titled 'What it’s like to fly the $23,000 Singapore Airlines Suites Class', documents his incredible flight experience, from check-in to landing.

Upon entering Singapore Changhi Airport, Mr Low's VIP treatment started immediately.
He took his luggage to a check-in lounge for First Class and Suites passengers, which he described as 'like a hotel lobby and even had a bellhop who carries your luggage.'

Once there, he was startled to find that his suitcases were not weighed, before they were checked in and he was handed a 'Golden Ticket', along with an invitation to 'The Private Room'.
The exclusive lounge, which staff reportedly claim is 'higher than First Class', was located past the busier and less luxurious Business and First Class lounges.
Mr Low said: 'Entering the confines of The Private Room, the staff greeted me by name. It’s like they all already knew me before even meeting me.'
Once settled in the lounge, the entrepreneur ordered a glass of champagne, a mango smoothie and three dishes: Chicken and Mutton Satay pate, Baked Boston Lobster with Gruyere, Emmenthal and Cheddar, and the U.S. Prime Beef Burger with Foie Gras, Rocket Leaf and Fried Quail Egg.

He then walked across a 'jet bridge solely f 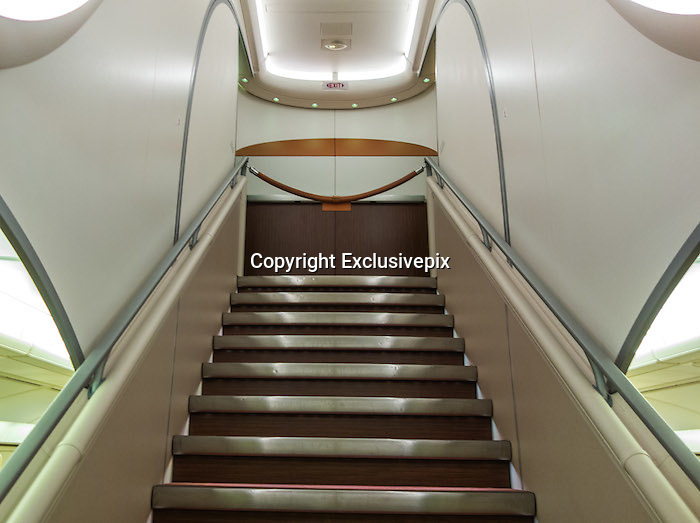