Photo shows: Discipline in the classroom is more relaxed – some students, including Kim, are very attentive while others are sleeping, putting on makeup or eating a snack. During an anatomy class, Kim is busy blow-drying her hair under the teacher’s unfazed gaze and finishes class with rollers in her hair. Teachers know that these students have been through trauma when they fled the North, so they deserve special attention.
©Eric Lafforgue/Exclusivepix Media 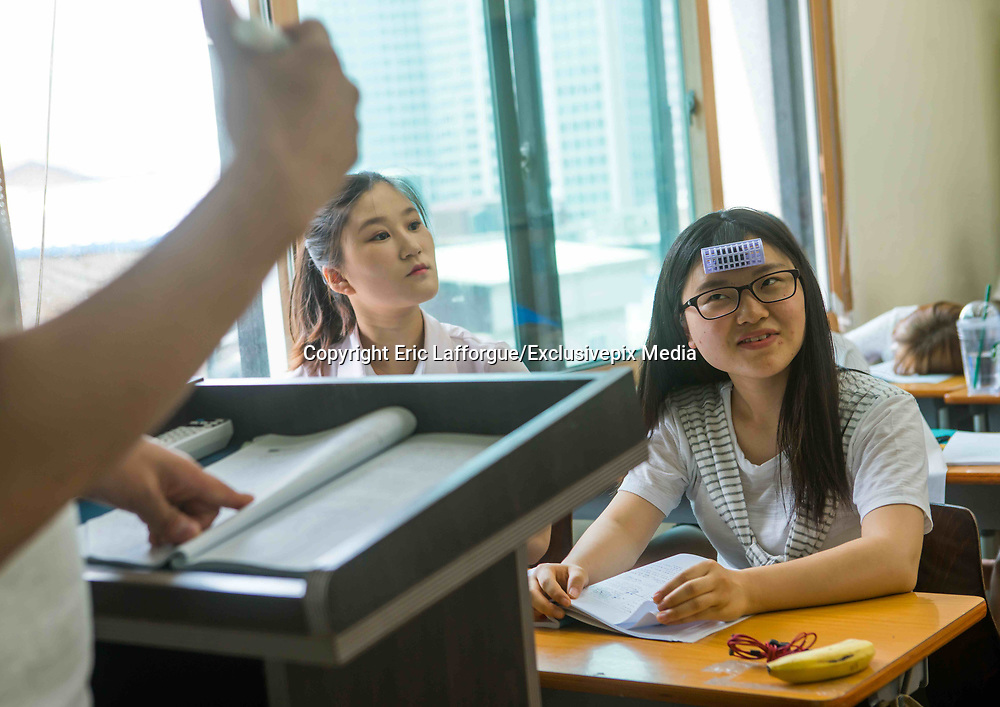