Chester The Dog swallows a frog and a cow, His favourite Toys..

Chester The Dog swallows a frog and a cow, His favourite Toys..

A NAUGHTY puppy called Chester has had to have two emergency operations to save his life after he swallowed a frog and a cow...The insatiable golden Labrador has gone under the knife at the vets twice in the last few weeks alone after wolfing down the two toys...The intrepid 21-month-old pup has cheated death thanks to the skill of staff at Cromwell Vets in Huntingdon, Cambs...Chesters owners, Marion and Neale Stribling, said they were delighted he was still alive and that they had got him insured...The canine rascal started getting up to his tricks when he stole a toy frog from one of his doggy pals and swallowed it days before Christmas...The stunt could have killed him if the cheeky pup had not been spotted by his stunned owners...
Photo Shows:Marion and Neale are seen here with Chester and the frog and cow he swallowed.
©Exclusivepix 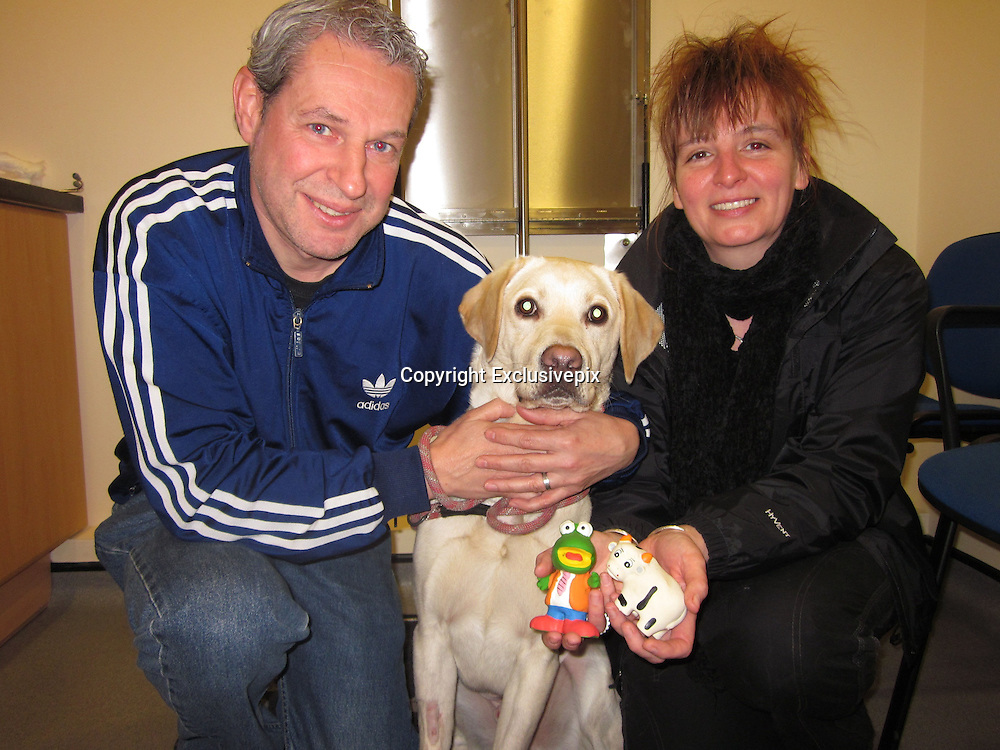