House of mirrors: The incredible cabin in the California desert that appears to be see-through

House of mirrors: The incredible cabin in the California desert that appears to be see-through

All it took to turn a 70-year-old ramshackle wooden shelter in the California High Desert into an international art phenomenon was a few mirrors, colourful LED lights and a heaping portion of creativity.
In mid-October, well-regarded artist Phillip K. Smith III arrived in Joshua Tree, California, to unveil his latest project called Lucid Stead: a mind-bending installation composed of reflecting panels, lights and custom electronic equipment mounted on a humble timber shack.
Like the otherworldly lunar landscape, the art piece changed throughout the day.
During daytime, the structure appeared ethereal and partially transparent thanks to strategically placed mirrors reflecting the sweeping vistas. By night, square and rectangular fields of color in red, green and blue filled the doors and windows
‘Lucid Stead is about tapping into the quiet and the pace of change of the desert,’ Smith said of his creation. ‘When you slow down and align yourself with the desert, the project begins to unfold before you.  It reveals that it is about light and shadow, reflected light, projected light, and change.’
The installation was initially planned as a two-day event for a few spectators. But thanks to word of mouth and fawning press coverage, it quickly turned into a must-see destination for some 400 arts lovers who traveled from as far as New York and Canada over two weekends in October to catch a glimpse of the incredible transparent house.

Those fortunate enough to have seen Lucid Stead in person described the unique structure as a mirage that appeared to be floating above the desiccated desert ground thanks to sleek mirrored planks alternating with gnarly wooden ones.
At night, the cabin's windows and doors lit up with LED lights controlled by a computer that gradually changed hues, transforming the appearance of the monochromatic, dull landscape into a vivid tapestry. � 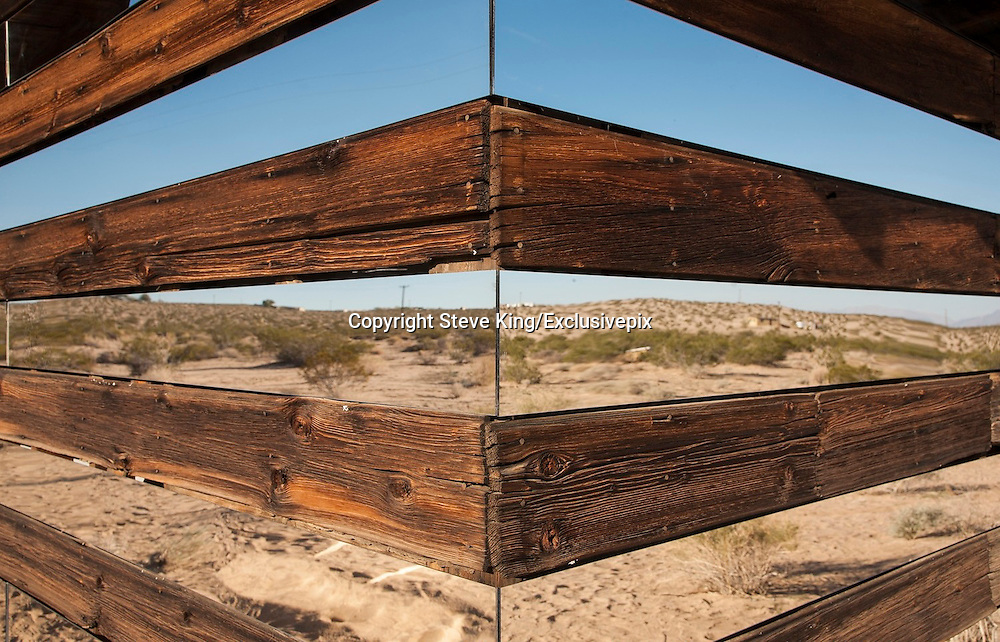