Amazon has unveiled its secret research project which it claims will be the future of home delivery - packages delivered by drones.

The Internet shopping giant’s chief executive Jeff Bezos says that he wants to use octocoptors to replace postmen and cut delivery times to just 30 minutes.

Customers would have their order dropped onto their front lawn by the machine which would fly through the air from a nearby warehouse with it clasped in a metal grabber.

It is not clear if the drones are a PR stunt or a serious proposition, but speaking to US TV network CBS, Bezos said: ‘I know this looks like science fiction. It’s not.’

Bezos’ claims raise the prospect of a future where drones whiz across the sky all the time ferrying post around - and perhaps one day even letters too.

In the interview Bezos said that the drones would be able to carry goods up to five pounds in weight, which covers 86 per cent of the items that the company delivers.

Bezos said that he wants to launch the ‘Amazon Prime Air’ service within four to five years, though that will almost certainly be in the US before anywhere else.

He said: ‘These generations of vehicles, it could be a ten-mile radius from a fulfillment (delivery) center.

‘So, in urban areas, you could actually cover very significant portions of the population.

‘And so, it won’t work for everything; you know, we’re not gonna deliver kayaks or table saws this way. These are electric motors, so this is all electric; it’s very green, it’s better than driving trucks around. This is all an R&D project’.

Bezos said that the octocoptors would be autonomous so would not need a pilot to guide them.

Instead they would use GPS tracking to find their way to and from the address.

Bezos said: The hard part here is putting in all the redundancy, all the reliability, all the systems you nee 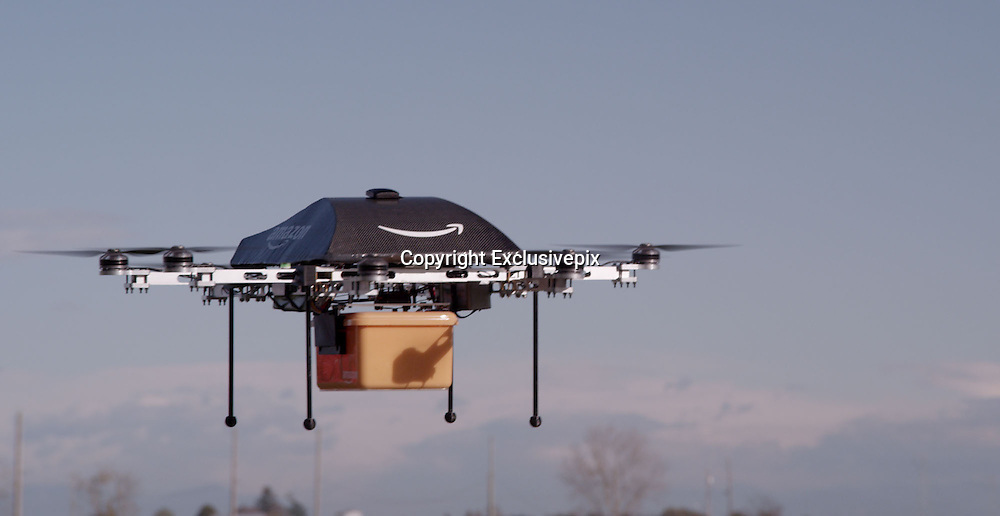