The hunts were taken at Valdés peninsula, Punta Norte. There are some beaches at Valdés, where very few orca whales are adapted to “voluntary beaching” to get close enough to young sea lions, which play in the shallows. This is a dangerous undertaking for the whales, too. If they can’t get back to deeper water they might die. Two incidents of a whale being saved by people occurred here. They spilled water over them while they were stuck, not to have them drying out. Next hightide freed them. At any given time there were less than 10 individuals capable of performing this art of hunting! Presently, this number might be a little higher. Voluntary beaching was recorded first in the seventies last century in that area. It is most probably the only area, where whales learned this technique. There are only few scattered records of this behavior from one place in the Indian Ocean, but that is not scientifically confirmed. So this is a very rare behavior in whales and it is a good example of the intelligent way these animals react to their environment.
©Reinhard Radke Nature Photography/Exclusivpeix Media 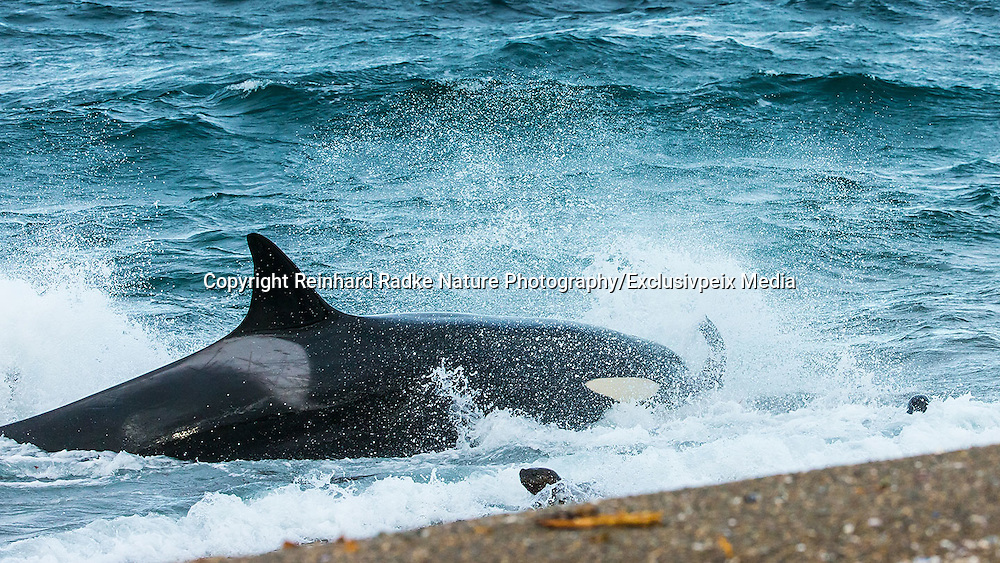