The untold human suffering and property damage left in the wake of the Fukushima disaster in Japan has been well-documented, but there’s another population that suffered greatly that few have discussed – the animals left behind in the radioactive exclusion zone. One man, however, hasn’t forgotten – 55-year-old Naoto Matsumura, a former construction worker who lives in the zone to care for its four-legged survivors.

He is known as the ‘guardian of Fukushima’s animals’ because of the work he does to feed the animals left behind by people in their rush to evacuate the government’s 12.5-mile exclusion zone. He is aware of the radiation he is subject to on a daily basis, but says that he “refuses to worry about it.” He does take steps, however, by only eating food imported into the zone.

Mr matsumura went on to say, " I can't imagine what's going to happen to me next, but I believe it's my battle to stay here.

Currently I catch cows roaming around the town and contain them at my ranch I built by my home. I also try to prevent from breeding by having bulls castrated. And I'd like to watch over these animals until they naturally die.

It is livestock, but I think we are allowed to kill them only when we eat them. I can't put up with cows getting killed just because they were contaminated. They have life just like ours"
©Naoto Matsumura/Exclusivepix Media 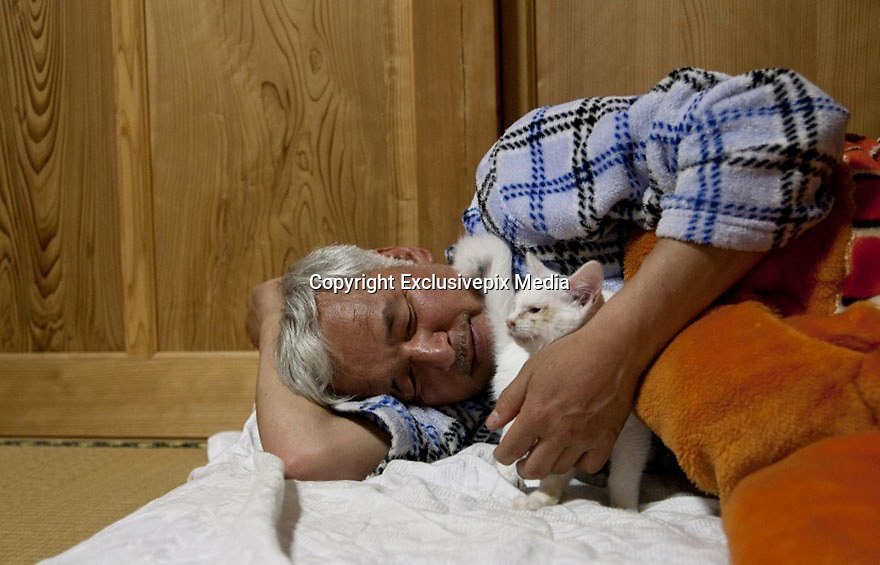